Bosniak party leader in BiH: HDZ will get nothing on electoral law if no compromise 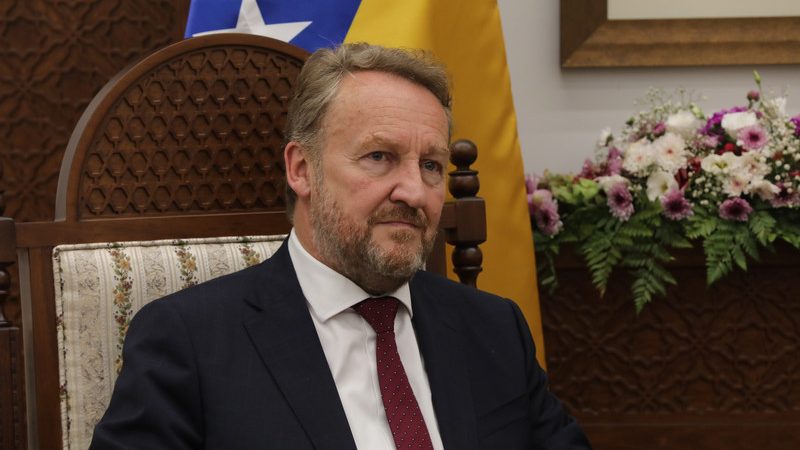 “If HDZ is not ready to compromise, then it will not get anything,” said Bakir Izetbegović, president of the biggest Bosniak party SDA. [EPA-EFE / ALAA BADARNEH]

“If HDZ is not ready to compromise, then it will not get anything,” said Bakir Izetbegović, president of the biggest Bosniak party SDA, about the changes to the constitution and electoral law.

Izetbegović also pointed to the alleged efforts of the SNSD, the leading Serb party in BiH. and HDZ BiH, the leading Croatian party, to suppress the entire pro-Bosnian bloc, which has 60% of the hands in the BiH parliament, to an imaginary “Bosniak quota” of 33%.

Speaking about the changes to the constitution and the electoral law, Izetbegović reiterated that it is necessary to change the authorities and competencies of the Houses of the People, supposed to protect the vital interest of constituent peoples, and that it is possible to resolve the issue of electing members of the Presidency of BiH.

The party leader also called on the BiH diaspora to register and vote in the upcoming general elections, especially in the Republika Srpska (Serb entity, RS), where pro-Bosnian parties, he said, will finally offer a single joint list.

“We need 80,000 votes in RS, to get 10 or 12 seats in the RS National Assembly. When we do that, then the story is different in BiH. It’s one day in four years. Choose whoever you want, but choose those who love BiH “, said Izetbegović.

On Sunday, exactly 26 years passed since Alija Izetbegović, Bakir’s father and President of Republika Bosnia and Herzegovina, initialled the Dayton Peace Agreement, which ended the 1992-1995 war in BiH with Presidents of Croatia and Yugoslavia, Franjo Tuđman and Slobodan Milošević.