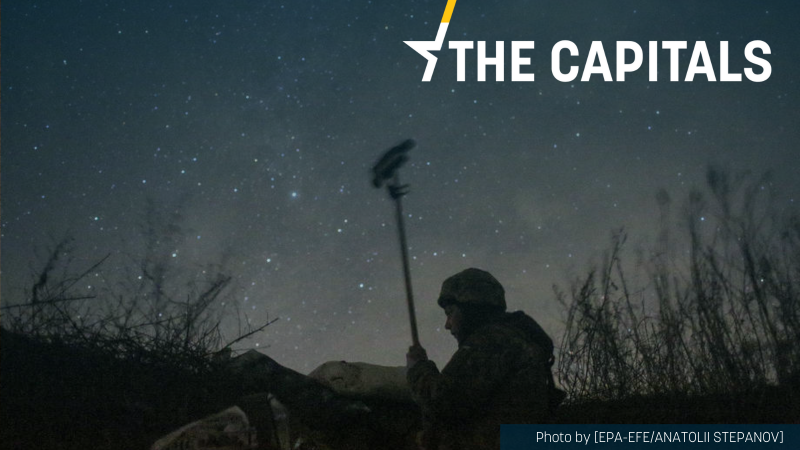 The Slovak government has already prepared three strategic documents. One of these is the so-called migration plan. Although it is currently not public, Naď said that all people who arrive would receive refugee status.  [EPA-EFE/ANATOLII STEPANOV]

Even a limited conflict in Ukraine will bring tens of thousands of refugees to Slovakia, Defence Minister Jaroslav Naď (OĽaNO) said after the meeting of the Security Council on Tuesday. If the situation in Ukraine escalates and the worst scenario becomes a reality, Prague has offered to send police officers to the Slovak-Ukrainian border.

Slovak Minister of Foreign Affairs Ivan Korčok acknowledged on Monday (24 January) that the situation is serious, conflict is imminent and the EU and US will not be able to accept certain demands coming from Moscow.

The Slovak government has already prepared three strategic documents. One of these is the so-called migration plan. Although it is currently not public, Naď said that all Ukrainians who arrive in the country would receive refugee status.

How exactly Slovakia plans to secure the border with Ukraine is not clear. Help may, however, come from Prague.

“Protection of the external border of the Schengen area is a common priority for us. If the Slovak side is interested in, the Czech Republic and the Czech police are certainly ready,” Czech Interior Minister Vít Rakušan (STAN, EPP) said on Tuesday, speaking alongside his Slovak counterpart Roman Mikulec (OĽaNO, EPP).

Rakušan added that he did not want to frighten the public, but if the conflict escalates, they must “address the situation together from the very first second”.

On Wednesday, the Czech government will likely approve military material support for Kyiv. Next week, the specific form of support will be discussed with the commander-in-chief of the Ukrainian armed forces, who is expected to visit Prague.

Czech Foreign Minister Jan Lipavský (Pirates, Greens) is heading to the Ukrainian front line on 7 February with his Slovak and Austrian counterparts. “We want to express our full support to our Ukrainian friends,” Lipavský said.