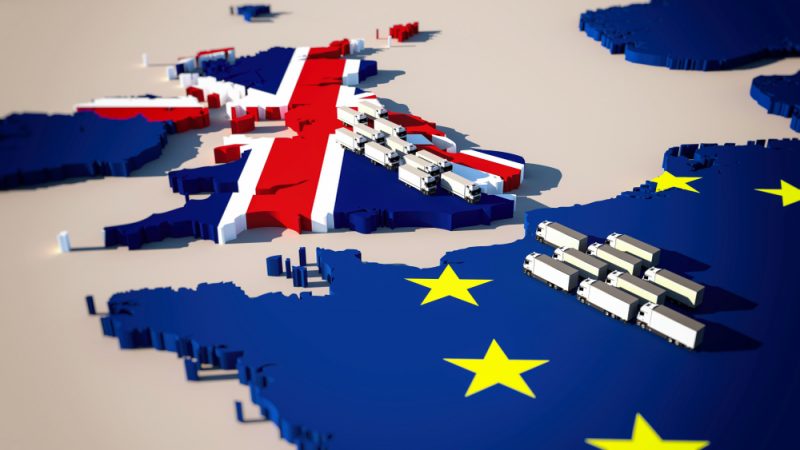 Many Britons living in the EU feel disconnected from and embarrassed by their country since Brexit, according to new research published on Wednesday. [Shutterstock/ratlos]

UK imports from the EU fell by 25% compared to those from elsewhere in 2021, according to new research from the LSE Centre for Economic Performance published on Tuesday.

“It appears the UK simply stopped selling a lot of products to smaller countries in the EU,” said Thomas Prayer of the LSE, noting that total variety of goods sold by the UK to the EU has declined by 30% since Brexit.

The LSE researchers also described the findings as “surprising”, pointing out that the UK has delayed the introduction of many customs checks on EU goods until this year, meaning that Brexit has so far impacted exports more than imports.

“The number of export relationships with the EU fell sharply in 2021,” said Rebecca Freeman, co-author of the report and associate of the Centre for Economic Performance’s (CEP) trade programme.

The research, which surveyed a range of 1,200 different products, found a “sharp drop” in the number of trade relationships between UK exporters and EU importers.

The UK’s exit from the EU’s single market and the terms of the new Trade and Cooperation Agreement with Brussels have had a bigger impact on smaller firms, dissuading many from continuing to trade with the EU. Firms have typically responded that customs delays and new bureaucratic requirements are the main drag on trade.