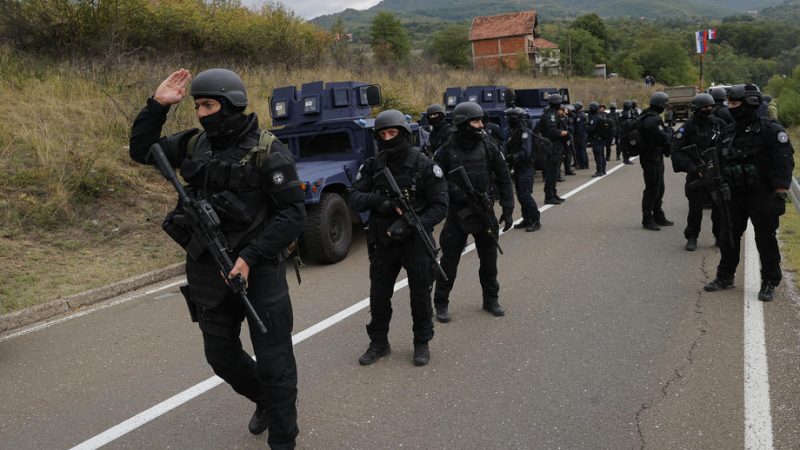 As police were carrying out the raids, groups of Kosovo Serbs blocked the roads and attacked the officers. [EPA-EFE/VALDRIN XHEMAJ]

The British Embassy in Pristina has supported the Kosovo government’s action to tackle organised crime which resulted in an attack on police and journalists by Kosovo Serbs on Wednesday.

Kosovo police forces carried out an operation against crime and smuggling in Pristina, Peja, and Mitrovica. The police carried out raids under the instruction of the prosecution and courts. Many smuggled and contraband items were seized by the authorities.

As police were carrying out the raids, groups of Kosovo Serbs blocked the roads and attacked the officers. Five police were injured, including four Albanians and one Serb. A group of journalists trying to cover the events were repeatedly threatened and prevented from filming.

The embassy tweeted that acting against organised crime is in the interests of all Kosovo’s citizens, adding that they support the government in upholding the rule of law.

They continued that efforts to obstruct operations with violence and engage in ‘inflammatory rhetoric”, creates a division between communities in Kosovo. Lastly, they raised concerns over reports that journalists were intimidated while trying to do their work.

“Journalists have the right to operate in a safe environment, and those who threaten this should be held accountable,” the embassy said.

Kurti asked Kosovo Serbs not to fall for the disinformation published by some media in the Serbian language attempting to frame the situation as a political and ethnic conflict.