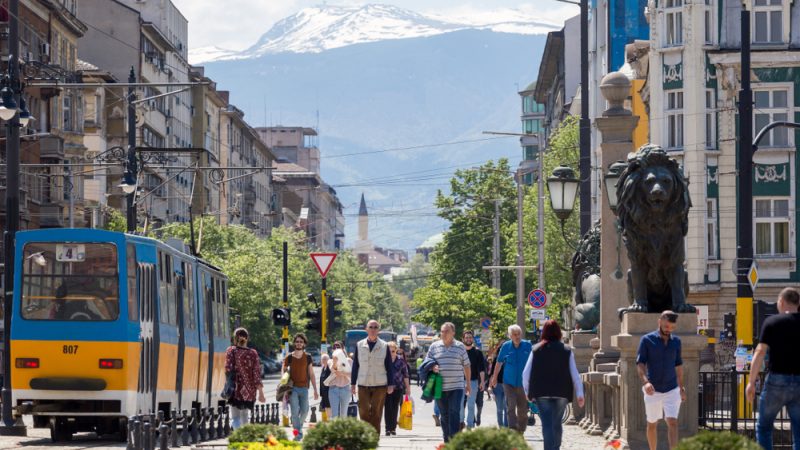 The measures will take effect on 1 July, and the entire economic package will cost the budget about €1 billion. [Shutterstock/Anton Chalakov]

Increasing pensions by nearly 20%, significantly upping tax rebates for families with children and implementing huge fuel rebates affecting the purchase of petrol and diesel are all part of the measures the Bulgarian government announced Wednesday to weather record inflation rates due to the war in Ukraine.

The government also abolished the 20% VAT on bread, but it reinstated the VAT from 9% to 20% for beer and wine sold in restaurants.

The announcement of measures was made to show the coalition’s unity.

“The coalition is united, and we are strong,” said Prime Minister Kiril Petkov, noting that the ruling coalition would not allow the standard of living of Bulgarians to be affected because of a crisis brought in from abroad. Petkov added that the measures provide an opportunity to support the most vulnerable, young families with children and retirees.

The measures will take effect on 1 July, and the entire economic package will cost the budget about €1 billion.

“This government has good economic thinking. We are dealing well with the crisis. This package of measures will ensure that the standard of living of all Bulgarians will be preserved,” said the prime minister.

The announcement also followed the publication of several opinion polls, which show that high inflation is hitting the government ratings hard.

According to the latest study by the Market Links Agency, only 15% of Bulgarians said they trusted the cabinet in May – a 21% drop in two months.

The government decided to increase pensions by 20%, which includes increasing all pensions by €31 and an additional recalculation of the pensions of 770,000 pensioners from 1 October. Each pension will be recalculated compared to 2008 with 100% of the growth of the average insurance income or 100% of inflation, depending on which is more favourable.

Petkov also said that during the previous government’s 12-year rule, pensions had risen by an average of about €50, while now, only within a year, the increase will be €85. The minimum pension in Bulgaria is equal to the poverty line in the country – about €210but will now be increased to €240.

Until the end of the year, all citizens will be able to take advantage of a discount of 13 cents per litre for gasoline and diesel, methane and propane-butane. There will be no support for premium fuels. The price of central heating will be offset by a reduction in VAT from 20% to 9% next year.

Excise taxes on electricity, natural gas and methane are expected to be eliminated, which will help carriers. A recommendation will be made to the state energy regulator to introduce two prices for electricity, water, heating and gas, based on consumption per household, with the aim of introducing a reduced tariff for less consumption, the government’s press service said.

Under the package, families will receive a €300 tax rebate for each child.