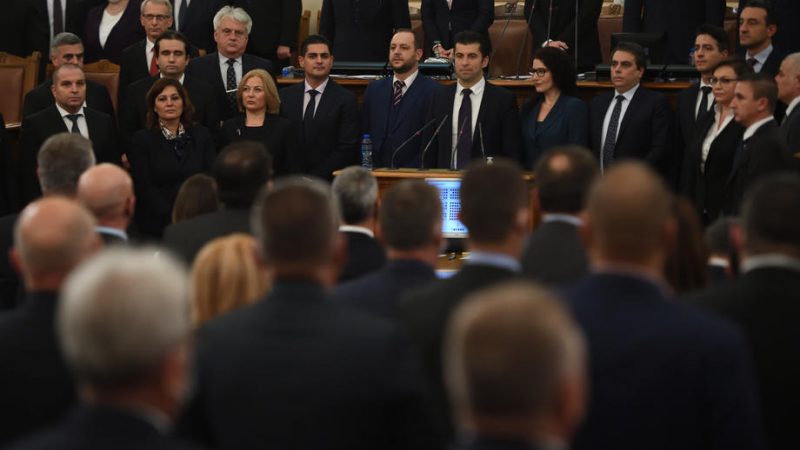 Parliament on Monday finally elected a government headed by pro-European reformist Prime Minister Kiril Petkov. The country will be ruled by a complex multi-party majority involving two coalitions – the pro-European “Change Continues” and “Democratic Bulgaria”, supported by the Bulgarian Socialist Party and “There is such a people” led by Slavi Trifonov.

The country will not be ruled by Boyko Borissov and his GERB party for the first time in eight years. The motto of the new government is “Zero tolerance for corruption”, and the priorities will be cutting high electricity prices, mass vaccination, judicial reform, and the replacement of Prosecutor General Ivan Geshev.

The parties in the ruling coalition believe that Geshev as chief prosecutor covered up graft by the previous government.

“Today is an important day to continue the change. The change of thinking and the change in the governance of the country. We must all realise that if we want a better future for Bulgaria, we must work together. We must work together with the opposition to change the constitution and to reform the judiciary, “Prime Minister Kiril Petkov said.

His partner in “Change Continues” is Asen Vassilev, who will be deputy prime minister and finance minister. Both are Harvard university graduates.

“At the heart of this coalition is a deep anti-corruption programme that is so necessary for Bulgarian society that far-left to right-wing parties are ready to turn their backs on party interests for the great change in Bulgaria to happen. In the name of common goals, we will work in the next four years to ensure a decent life for Bulgarian retirees, well-paid jobs, reform education, and build a country that is not on shameful lists like the Magnitsky list,” Vassilev said.

Bulgaria’s new strategy in the field of energy is low prices and diversification, and the construction of the Greek gas connection will be of paramount importance.