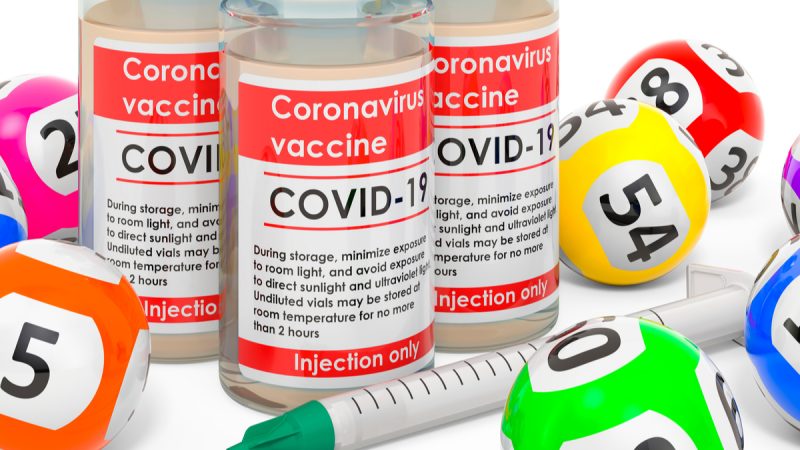 Bulgaria plans to organise a lottery with prizes for those who have been vaccinated. [shutterstock/alexMLX]

Bulgaria plans to organise a lottery with prizes for those who have been vaccinated, caretaker Tourism Minister Selta Baltova announced in an interview with Nova TV, when asked if her ministry would consider implementing tourist vouchers for vaccinations as the country struggles with its very low vaccination levels.

Details about the scheme will be announced soon, said Baltova, adding that tablets and watches are among the prizes. “It’s a reward – if you get vaccinated, you’ll get a reward,” she added.

“If there is no understanding that through vaccination and observance of the necessary measures, we will preserve our health, the health of our relatives, the health of the people who are our visitors – lotteries or other promotions would not help,” the minister also said.

However, so far, only 1.27 million people of a population of 6.95 million have completed the vaccination.

Meanwhile, a scandal has closed the vaccination point at the entrance of the Sea Garden in the Black Sea city Varna.

A group of people, stating they were from the “Rescue Committee”, demanded from the vaccination team a document to certify a permit for the use of vaccines in Bulgaria. The protesters say the vaccine provider, the health ministry, does not have a legal permit for implementation. After the police intervened, the vaccination point was closed.

In the capital Sofia, dozens of people took to the streets on Sunday, claiming that “no one should be obliged by the institutions in one form or another” and that people should get vaccinated only if they want to. According to them, restrictions for the unvaccinated are discriminatory and there will soon be a real division between the vaccinated and those who remain unvaccinated.