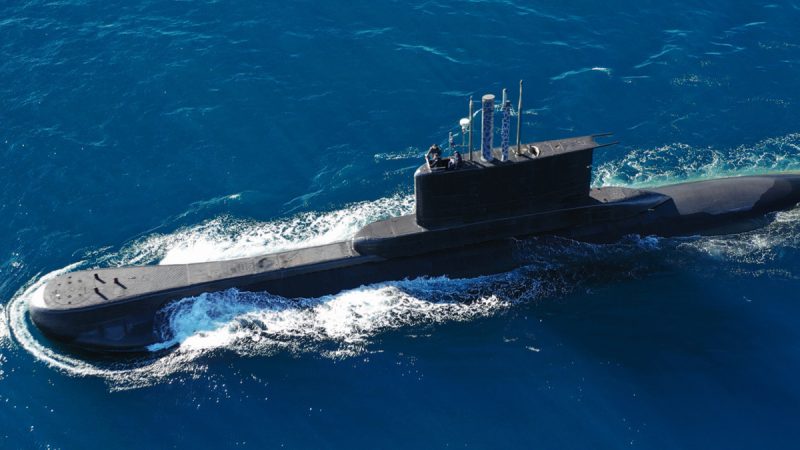 Since 2011, the Black Sea state has not had a submarine fleet, but in the midst of the Ukrainian crisis, the desire for one is growing. [Shutterstock / Aerial-motion]

Bulgaria wants to buy two submarines to re-establish its submarine fleet. The last Bulgarian submarine “Fame” was decommissioned 10 years ago and is now a museum. Since 2011, the Black Sea state has not had a submarine fleet, but in the midst of the Ukrainian crisis, the desire for one is growing.

A year ago, the Bulgarian authorities considered buying a submarine but were in no hurry, but the government’s stance appears to have shifted.

“We don’t have submarines, but it’s good for every fleet to have them. Talks are underway with a specific country to buy submarines. There is a way to allocate money for submarines in the state budget. We will not buy new submarines, but at least they will be in good technical condition, “said Defence Minister Stefan Yanev in an interview with Nova TV on Thursday.

Regarding a potential conflict between Russia and Ukraine, the defence minister said that Bulgaria is working on three possible scenarios but does not have an official position. Two days ago, President Rumen Radev announced that the international community must de-escalate the conflict and find a peaceful solution to the crisis.

“A meeting of defence ministers is forthcoming in the NATO calendar in February. Until then, we must have a national position, which I must defend at the meeting,” Stefan Yanev said.

“People suffer from war, no one wants it, but it is our responsibility to take measures and be prepared for it. The Bulgarian army must maintain readiness, thus ensuring the sovereignty and territorial integrity of the country. Our army can react to the development of negative a scenario in relation to Ukraine and Russia,” Yanev said.

“NATO and the United States have stated that they will not intervene (directly in the conflict), and Bulgaria has its contribution to NATO’s decisions. There may be other consequences for Bulgaria of such a conflict, so we must be prepared,” said the Bulgarian minister.