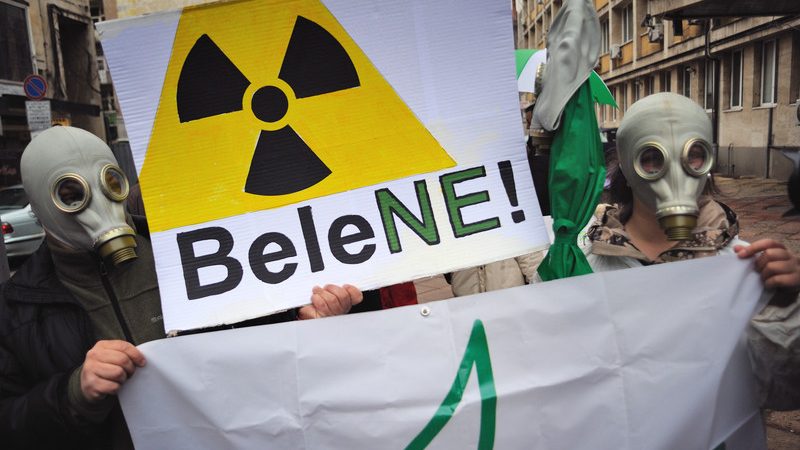 People with gas masks carry a poster with a nuclear symbol during a demonstration in Sofia, Bulgaria 19 March 2011. [EPA/VASSIL DONEV]

Bulgaria has abandoned the construction of its second nuclear power plant near the small town of Belene on the Danube after stopping and resuming the project twice. However, this third suspension is likely to end the Belene nuclear project forever.

The Council of Ministers approved the report of Energy Minister Temenuzhka Petkova, which proposes the construction of a new VII nuclear reactor at the existing Kozloduy nuclear power plant. The equipment that was already bought from Russia for the Belene plant will be transferred to Kozloduy.

However, the government’s decision does not provide a definitive answer regarding the future of the already purchased Russian nuclear reactors for the Belene project.

Although the plant’s first four reactors were shut down as part of conditions in Bulgaria’s EU accession talks, representatives of US company Westinghouse have been consulted regarding the new project to expand the Kozloduy NPP.

Combining Russian reactors with some US technologies was Bulgaria’s initial idea, and the management of the Kozloduy nuclear plant explained that at least one new reactor could be put into operation within 10 years.

Currently, the expansion of Kozloduy is the only realistic option for Bulgaria – which is heavily coal-dependent – to meet the requirements of the European Green Deal for reducing carbon emissions. (Krassen Nikolov | EURACTIV.bg)