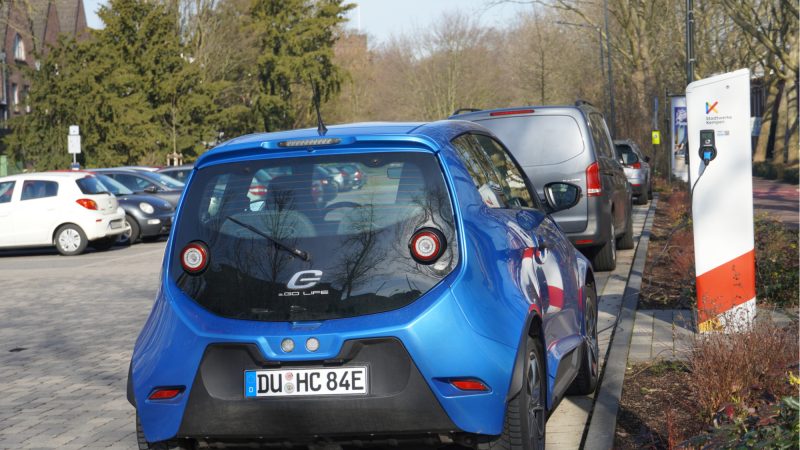 The plans are to build a plant in Lovech by 2023, bringing 1,000 jobs. [Shutterstock/Heinsdorff Jularlak]

After the German giant Volkswagen refused to build a new plant in Bulgaria, a German startup specialising in electric cars has shown interest in investing €140 million in the country.

“The deal is at the final stage,” Economy Minister Kiril Petkov said at a briefing on Tuesday.  The competition was organised by him for the Bulgarian trade attachés abroad, who will attract the most potential investment in the country.

The manufacturer of electric cars with which Bulgaria is negotiating is the German startup Next.e.GO. The agreement could be announced on Saturday, the minister confirmed. According to him, the company is in a hurry to open the plant, as “competition in the electric car market is fierce and the first one wins”.

The minister rejected the claims that the former GERB government initiated the investment, as former PM Boyko Borissov insisted earlier the same day.

Petkov announced that about €2 billion of potential investments could be made in the coming months in a number of high value-added sectors. A total of 602 letters from foreign companies with the intention of investment and cooperation have been sent to the Economy Ministry during the 5 weeks since the caretaker government is in charge.

Most letters are from the United Kingdom, the United States and Germany, mostly in the field of medical devices, carbon capture systems, electricity storage solutions, high-tech companies for products in the space industry and others.

A large American company that manufactures carbon capture systems has shown serious interest in investing in our country. Also, a company related to the space industry has announced that it wants to produce components for small satellites in Bulgaria.

“In space, we had the opportunity to talk to the European Space Agency. Their representatives will come to our country in September to assess our capacity in this area. The best radio amplifiers for sending signals between the Earth and space belong to a Bulgarian company, we beat the Americans and the Japanese,” he said.

According to Minister Petkov, “the goal is to attract players like Google and Amazon”. However, he was adamant that Bulgaria should not only be a destination for large multi-billion-dollar companies, but also for small and medium-sized businesses.