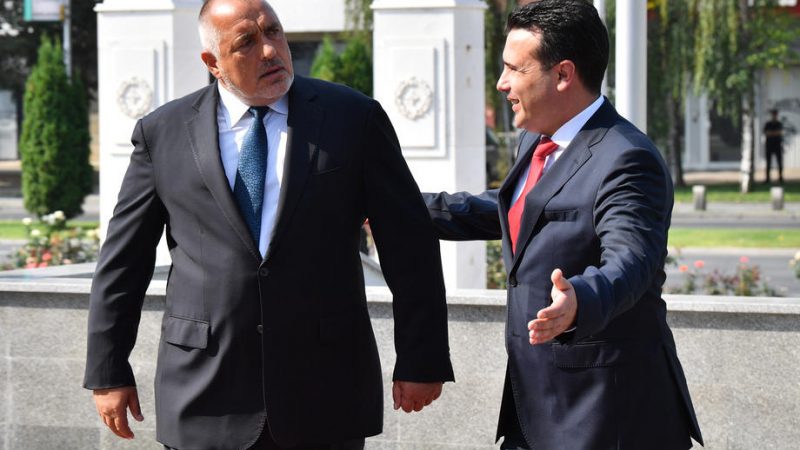 A so-called “framework for negotiations” is on the agenda of a General Affairs Council scheduled for 10 November.

EU leaders will decide whether to launch accession talks with North Macedonia and Albania at their December summit, and Bulgaria has been threatening a veto following what it considers an anti-Bulgarian campaign in the media of its neighbour, and a lack of will to find agreement on issues such as common history.

“The problem is that, according to us, the Treaty of Friendship, Good Neighbourliness and Cooperation between Bulgaria and North Macedonia is not being scrupulously implemented,” said Zaharieva.

This treaty, signed in August 2017, provided for setting up a joint group of scientist to sort out the issue of common history.

According to reports, Skopje is dragging its feet and no progress has been achieved.

Zaharieva added that despite many speculations in Macedonian media, Bulgaria has neither wanted constitutional changes nor made new demands.

If the Bulgarian government blocks negotiations with Skopje, it must do the same with Albania, given that the official Bulgarian position is that both countries should move towards the EU at the same time.

The implementation of the name-change deal between Greece and North Macedonia (Prespa agreement) as well as a friendship agreement between Sofia and Skopje should continue to be implemented in “good faith”, an EU spokesperson told EURACTIV earlier in October.