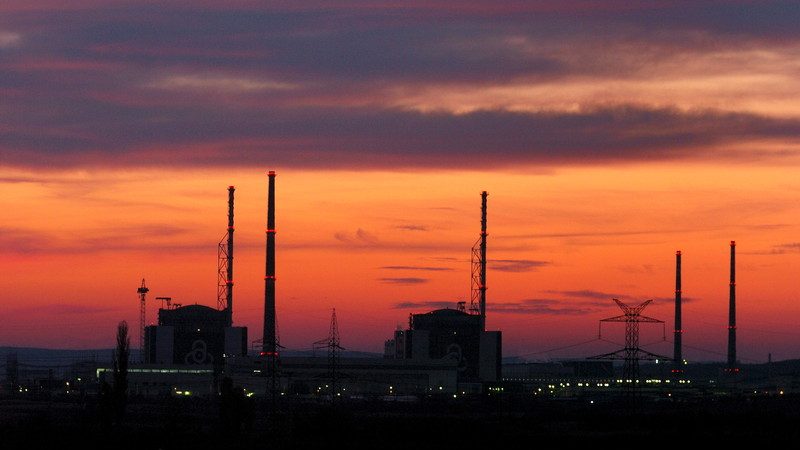 The money will come from the profits of the Kozloduy nuclear power plant, which will subsidise Bulgarian business by €225 million. [EPA-EFE / VASSIL DONEV]

Bulgarian companies will receive compensation of €55/MWh due to the high cost of electricity from the middle of next month, the Bulgarian caretaker government has announced. The money will come from the profits of the Kozloduy nuclear power plant, which will subsidise Bulgarian business by €225 million.

The compensation will cover between 35 and 50% of the price of electricity traded on the Bulgarian energy exchange.

Bulgaria has been in the midst of a political crisis for six months now and currently has no functioning parliament. The decision for compensation does not need parliamentary approval, and the scheme will last for just two months. Then, parliament will have to pass new measures within the state budget for 2022.

A month ago, the government announced that it would provide €25/MWh to businesses for six months, but wanted to do it through a budget update. The solution now is to put in place shorter-term measures.

The caretaker Prime Minister Stefan Yanev commented that 630,000 companies could benefit from the scheme. The government continues to support the measure to reduce the price by up to €15/MWh for small companies that have not chosen their electricity trader on the energy exchange.

Regarding the expected increase in the price of electricity for household customers and the reduction of VAT undertaken by other EU countries, PM Yanev said that different options are being considered, but there are no concrete solutions at the moment.

On Thursday in Brussels, Bulgarian President Rumen Radev blamed the current energy crisis on the EU’s climate goal of reducing greenhouse gas emissions by 55% by 2030.