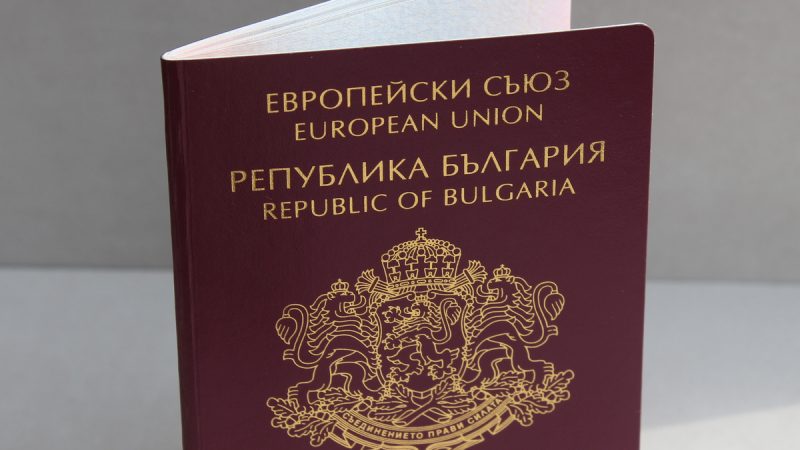 Bulgaria is on the verge of abandoning the “golden passports” scheme because a majority in parliament recognises that it hinders the poorest EU member state. [Shutterstock / Lale and sun]

Bulgaria is on the verge of abandoning the “golden passports” scheme because a majority in parliament recognises that it hinders the poorest EU member state. On Wednesday, the Council of Ministers adopted a bill to eliminate the sale of investment citizenship.

The government will submit the bill to parliament, where a similar proposal has already been submitted by the Movement for Rights and Freedoms (ALDE), who only a year ago were defenders of the “golden passports”.

The justice ministry has officially announced that the “golden passports” have not led to real investment in Bulgaria. This information was reported more than a year ago by EURACTIV after a detailed study.

Citizens of non-EU countries have received a permanent residence permit in Bulgaria (gold visa) or a “gold passport” due to investments made mainly in purchasing government securities or bank deposits in the country. However, these are not real investments that develop the economy or create jobs.

According to EURACTIV information, 96 foreigners have Bulgarian golden passports. A significant proportion of them are Russians, while the second largest group are citizens from Middle Eastern countries.

In June last year, the European Commission once again warned Bulgaria to end these practices because the country imposes on other member states the obligation to recognise foreign nationals from third countries as EU citizens.

According to unofficial information, the “golden passports” are one of the reasons why Bulgaria is not a member of the Schengen Area, and the US does not want to abolish visas for Bulgarians.

Cyprus had a similar cash-for-passports scheme, but this was terminated in November 2020 following reports of corruption involving high-level officials. Malta remains the only EU country to have such a scheme despite multiple investigations shedding light on corruption, the non-following of procedures, and ‘new’ citizens being involved in fraud, money laundering, and embezzlement cases.

Despite repeated EU calls, Malta continues to issue passports in return for investment, refuting accusations of graft and the highlighting of risks associated with such schemes such as money laundering and sanctions evading.