Bulgaria to fastrack plans to build a new nuclear reactor 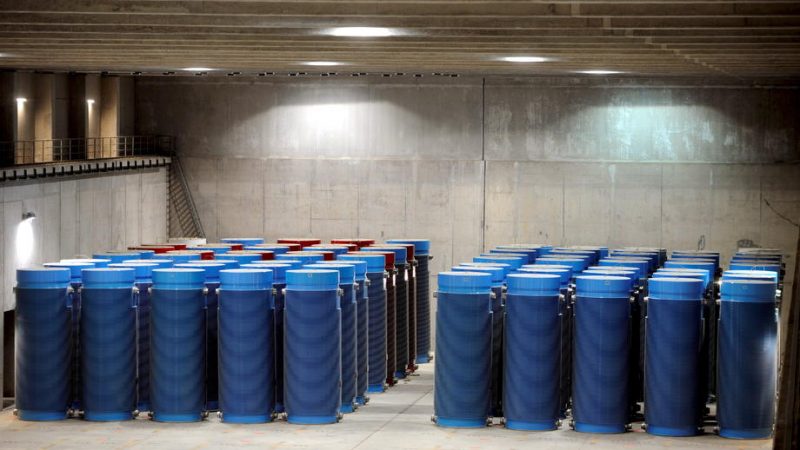 If the project starts this year, the reactor will begin operating between 2028 and 2030, he predicted. [EPA-EFE/KAY NIETFELD]

The Bulgarian government will try to build at least one nuclear reactor at the functioning Kozloduy nuclear power plant on the banks of the Danube.

“The Ministry of Energy has started a study for the rapid construction of another nuclear reactor, most likely in Kozloduy because this is a ready-made site with an environmental assessment and a working team,” said Deputy Prime Minister Asen Vassilev on Sunday, 13 March.

If the project starts this year, the reactor will begin operating between 2028 and 2030, he predicted. Vassilev explained that Bulgaria could build a second new nuclear reactor to have a total of four operating nuclear power units. Bulgaria has two new unused Russian nuclear reactors, but it is unclear whether it can use them because that means inviting the Russian corporation Rosatom to participate in the project.

Vassilev revealed two weeks ago that Greece is interested in buying electricity from a future new nuclear power plant in Bulgaria.

The deputy prime minister also commented on Sunday that Bulgaria’s strategic goal is not to replace its own coal with Russian gas because it will lose additional sovereignty. Bulgaria will not use gas as a transitional fuel to implement the Green Deal.

“In order to be able to take the energy and use it when we need it, we need to store it,” he added in connection with the planned future production of batteries in Bulgaria.

Bulgaria plans to build a huge energy park to store electricity produced from renewable sources, and the idea is to produce batteries in Bulgaria. Deputy Prime Minister Vassilev said that all major battery manufacturers in the world have already been invited, and the project will be led by the European Bank for Reconstruction and Development to avoid “local games”

“In terms of electricity, we are very little dependent on this war. There is fuel for the Kozloduy nuclear power plant until 2025. Coal is a Bulgarian national resource. There is enough water in the dams (for hydroelectric power plants). Only gas power plants are connected to the war and external energy sources and their prices,” he said.

The most vulnerable part of the Bulgarian energy sector is the company Toplofikacia – Sofia, which is owned by the municipal authorities in Sofia. The company heats the homes of one million people in the Bulgarian capital and produces electricity using gas. Toplofikacia – Sofia is the largest customer of the state gas company Bulgargaz and has accumulated debts of nearly €500 million.