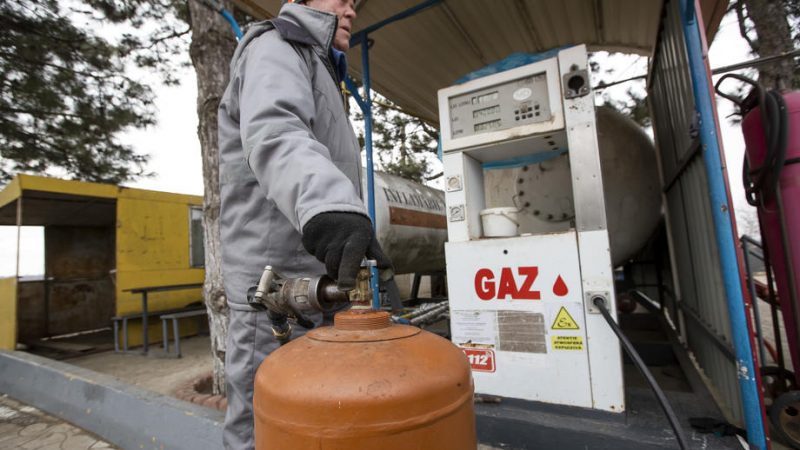 If the current supply of Russian gas to Bulgaria were to end, a short-term solution would be to use alternative sources like liquefied gas and additional supplies of Azerbaijani gas [EPA-EFE/DUMITRU DORU]

The Bulgarian government is working on a plan to replace Russian gas after the expiration of the long-term contract with Gazprom at the end of 2022, Chairman of the Board of Directors of the state gas company, Bulgargaz Ivan Topchiiski has announced.

The announcement came in response to a journalist’s question about what is planned after the 10-year contract. “We have an option to cover consumption with alternative supplies,” he told bTV.

Asked whether a new treaty with the Russians was on the table, Topchiiski said: “At this point, I could hardly answer that question. We are working on an option without these deliveries from Gazprom. We have a plan to replace these quantities as well.”

If the current supply of Russian gas to Bulgaria were to end, a short-term solution would be to use alternative sources like liquefied gas and additional supplies of Azerbaijani gas. However, the prices of these alternatives are not sufficiently affordable to be long term solutions.

Topchiiski said there are alternative routes because the interconnector with Greece will not be ready. He said that there are two liquefied gas terminals in Greece and five in Turkey.

Bulgarian dependence on Russian gas is nearly 90%, Topchiiski added. In the short term, Bulgarian authorities hope to receive all quantities under the Azerbaijani gas contract after 30 June, even without completing the gas connection with Greece.

“The price will not be the best in the short term, but we are working on long-term contracts”, said the chairman.

“We are joining forces with the countries of the region for larger quantities and better prices, even for short-term contracts at the end of 2022,” he added.