Bulgaria will host fighter jets from Spain and the Netherlands 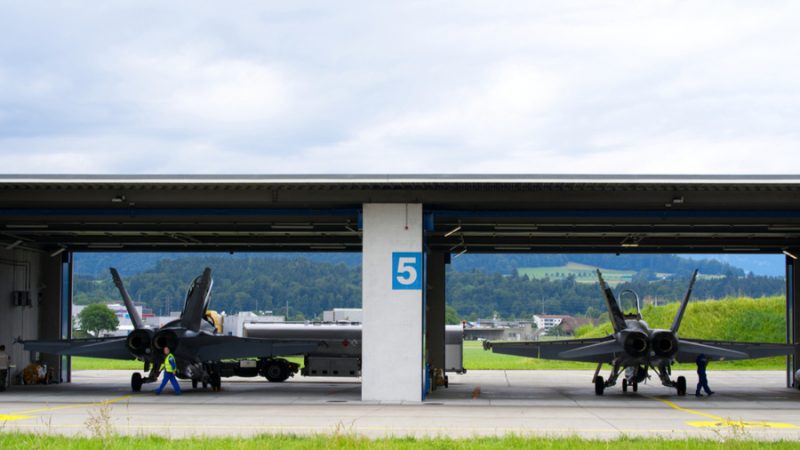 Bulgaria will host up to seven Eurofighter jets from Spain and two stealth F-35 fighter jets from the Netherlands to protect the country’s airspace in the midst of the Ukrainian crisis. [Shutterstock / Michael Derrer Fuchs]

Bulgaria will host up to seven Eurofighter jets from Spain and two stealth F-35 fighter jets from the Netherlands to protect the country’s airspace in the midst of the Ukrainian crisis, Defence Minister Stefan Yanev confirmed on 22 January. The fighter jets will perform Air Policing tasks.

“Our allies have the latest generation of fighters, which the Bulgarian Armed Forces do not have. These are routine actions that do not happen for the first time. They were approved at NATO summits in 2014 and 2016 and aim to strengthen the security of the Alliance,” Yanev said.

Bulgaria still relies solely on old Soviet MiG-29 fighters to protect its skies and has difficulty coping with Russian provocations over the Black Sea. In the last two years, the entry of Russian planes into Bulgarian airspace over the Black Sea has become more frequent, and they have to be escorted by Bulgarian fighters.

The country expects to receive eight modern F-16 fighters from the United States in two years.

Bulgaria rejected Russian demands for the withdrawal of NATO forces from its territory on Friday (21 December). Prime Minister Kirill Petkov called on Russia “to remain engaged in constructive dialogue to de-escalate tensions”.

“Bulgaria is a sovereign state that has long since made its choice by becoming a member of NATO. We decided to organise our country’s defence in coordination with our partners. The Washington Treaty does not provide for a second category of member states to which collective defence is selective. or to a limited extent. I call on the Russian Federation to remain committed to a constructive dialogue on the de-escalation of tensions and to work for a more secure Europe based on the rule of law and strict implementation of international legal commitments,” Petkov said.

At the end of 2021, Russia called on NATO to withdraw its troops from the member states that joined after 1997 and specifically named Bulgaria and Romania in response to a question from a Russian journalist. This caused political tension at the Bulgarian parliament.

Bulgaria and the United States jointly use the Novo Selo military training ground, the Graf Ignatievo and Bezmer air bases and the logistics centre near Aytos.

PM Kiril Petkov announced that he “does not believe in geopolitical spheres of influence”.

“Small countries, such as Bulgaria, are very important to have full powers to decide their own destiny and their own membership, and what is happening in their territories. Bulgaria’s sovereignty is above all,” Petkov told reporters on Saturday (22 January), when asked about Russia’s insistence on withdrawing NATO forces from Bulgaria.