Bulgaria will not allow mail-in voting despite pandemic 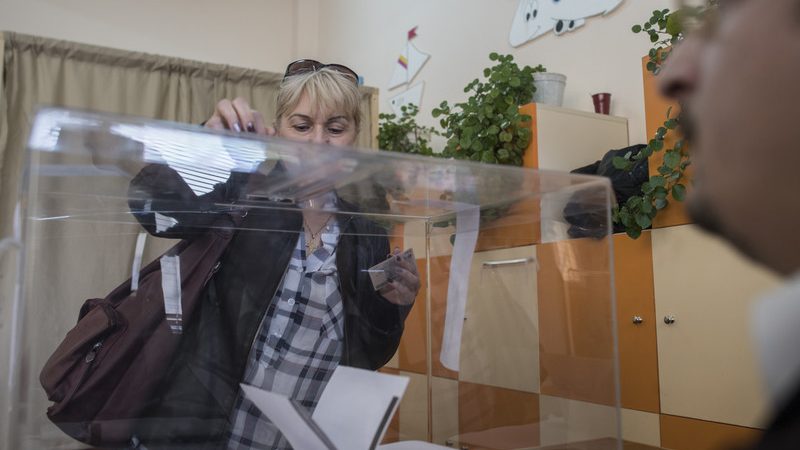 A Bulgarian woman casts her vote for the parliament elections at a polling station in Sofia, Bulgaria on 26 March 2017 [EPA/GEORGI LICOVSK]

The ruling coalition in Bulgaria does not intend to allow mail-in voting in the coming parliamentary elections – something they referred to as “an exotic idea”.

This became clear when President Rumen Radev met the ruling GERB party as a part of consultations before setting a date for the elections this spring.

While GERB said they were ready to amend the Election Code to enable quarantined people and hospitalised COVID-19 patients to vote, they said they would not make other amendments to the electoral legislation although Radev urged them to consider other wider options, including mail-in voting.

Radev met with representatives of the parliamentary parties after having talked with health authorities, the election administration, the extra-parliamentary political parties, and organisations of expatriate Bulgarians.

GERB representatives told the president that all quarantined people would be able to vote in mobile voting sections, while those hospitalised due to COVID-19 would have access to ballot boxes with the help of attending health workers following a decision by the Central Election Commission.

“The proposal for mail-in voting should not be dismissed. You call this idea exotic but it is a matter of political responsibility to guarantee the constitutional right to vote to every Bulgarian, wherever they are,”  said Radev, adding that the issue of how Bulgarians who are quarantined abroad would vote was not addressed. The president also said that health-related measures may be in conflict with the election’s transparency. (Krassen Nikolov | EURACTIV.bg)