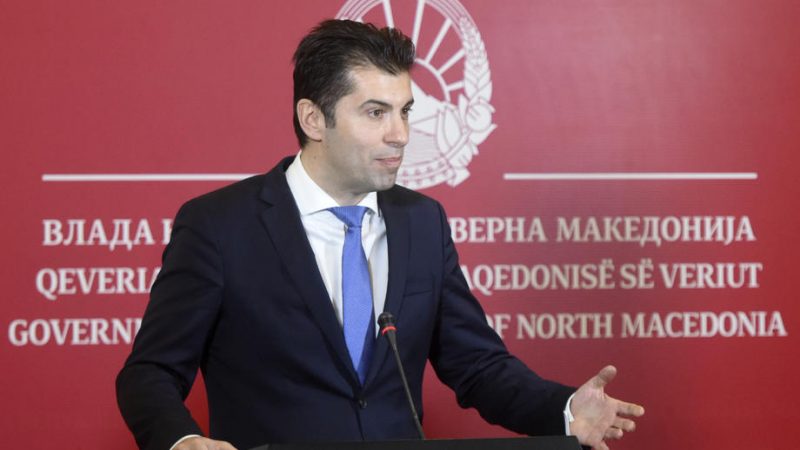 While Bulgaria will not just benefit from other’s security, Sofia de facto refused an additional presence of NATO forces on the country’s territory in connection with the Ukraine crisis and committed to resolving it diplomatically.

The position of the Bulgarian government is clear – Bulgaria will be a constructive ally in NATO and the EU, and will maintain a responsible and predictable position. This was stated by Prime Minister Kirill Petkov during an extraordinary session of parliament on Ukraine on Wednesday.

“The first and most important position is to work to reduce tensions by all diplomatic means. De-escalation is our priority because the escalation is real. For the first time, the idea of our strategy is not to be benefactors of security, but to be partners,” Petkov said.

“For the first time, our main priority is to have Bulgarian troops, under Bulgarian military leadership with Bulgarian command. Our army must have full combat capability in its defence. We have also informed our NATO allies,” the PM added.

He pointed out evident equipment shortages in the Bulgarian army, adding that investments in defence have been uncoordinated. But the good news, he said, is that new “investment in defence will be based on where the biggest deficits are.”

Daniel Mitov of the opposition GERB, which was in power until the spring of 2021, accused the government of behaving like a member of the Warsaw Pact, not NATO.

“No Bulgarian soldier will take part in any kind of conflict or operation on the territory of Ukraine or another country, without the decision being made in the National Assembly or the Council of Ministers,” said Defence Minister Stefan Yanev from the parliamentary rostrum. He said Bulgaria is counting on the continuation of diplomatic efforts.

Foreign Minister Teodora Genchovska defended the same thesis. According to her, Russia is currently trying to divide the allies into categories. Bulgaria’s position in this situation is clear – support for the sovereignty of Ukraine, Georgia and Moldova.

Genchovska also pointed out that Bulgaria rejects the Russian idea of spheres of influence after Russia asked NATO to halt its eastward expansion and return to its 1997 borders.

The risks for Bulgaria are related to energy, particularly gas supplies, Petkov said. But he reassured that the government is working on a strategy that included an option of cutting off Russian gas supplies due to the crisis.

“We have a clear plan and we are in clear communication with the European Commission what measures we would take if the supply was interrupted,” Petkov said.

According to him, households and businesses will have an alternative in such a scenario. He added that Bulgaria also has plans to evacuate its diplomats from Ukraine if necessary.