Bulgarian government could be formed after elections 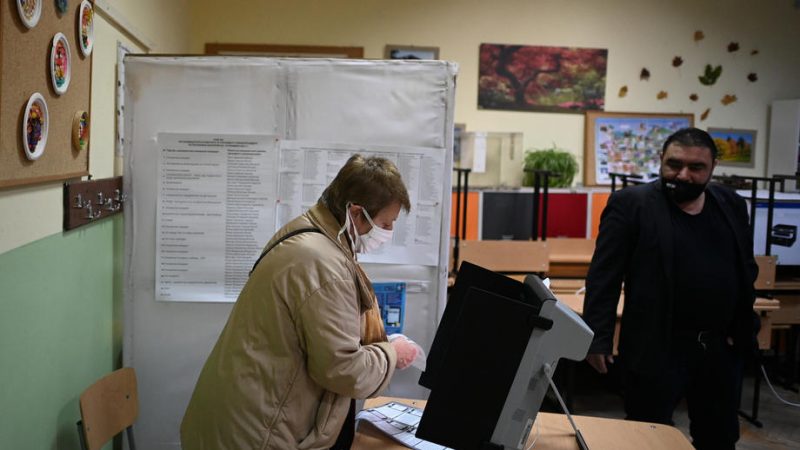 The election saw a record low turnout, which is unlikely to exceed 40%, reflecting the fatigue of Bulgarians from the political crisis and the third parliamentary elections of the year. [EPA-EFE / VASSIL DONEV]

GERB and the new liberal pro-European political project “We continue the change” are contenders for first place in the parliamentary elections in Bulgaria.

Most polling agencies give a slight advantage to the party of former Prime Minister Boyko Borissov – GERB, but without taking account of Bulgarians abroad, who traditionally vote against Borissov.

Only the Gallup International Balkan sociological agency results show that “We continue the change” is in first place with 25.7%, and GERB-SDS is in second place with 23.5%.

It is unclear whether the ultra-nationalist pro-Russian Vazrazhdane (Revival) party entered the parliament but most polls show the nationalists crossed the 4% electoral threshold.

Depending on the final results, there is a chance for forming a tripartite government between the close political formations “We continue the change” and “Democratic Bulgaria”, which must seek the support of the Bulgarian Socialist Party. If the Vazrazhdane nationalists enter parliament, the ruling coalition must include the populist formation “There is such a people,” which will make the next government much more unstable.

Incumbent President Rumen Radev convincingly leads polls for the presidential election with 49%, ahead of GERB-backed Prof. Anastas Gerdjikov with 25%. These elections will be decided with a second round of runoff elections in a weeks time.

The election saw a record low turnout, which is unlikely to exceed 40%, reflecting the fatigue of Bulgarians from the political crisis and the third parliamentary elections of the year.