Bulgarian government may fall if it sends weapons to Ukraine 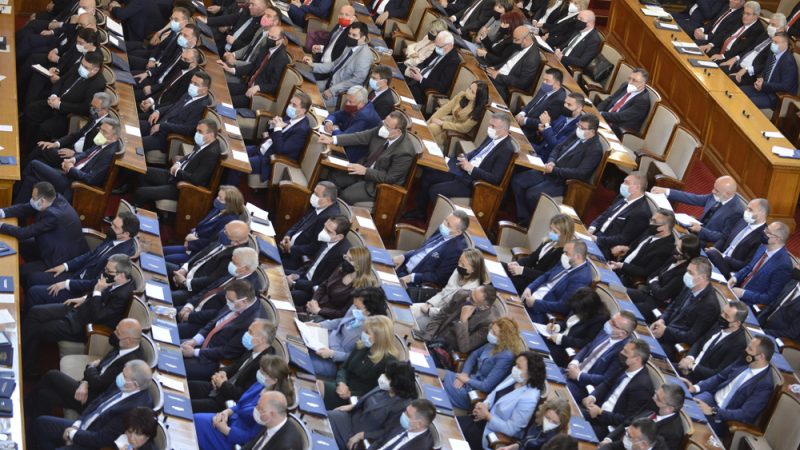 A complex four-party coalition rules the country. “Change Continues” and “Democratic Bulgaria” who have aspirations to secure good Euro-Atlantic relations, have formed a government with the pro-Russian BSP and the populist party “There is such a people”. [Shutterstock/Circlephoto]

If the parliament decides to send weapons to Ukraine, the pro-Russian Bulgarian Socialist Party (BSP) has warned it will leave the ruling coalition, meaning the government will lose its parliamentary majority and likely fall at a time of severe geopolitical crisis.

A complex four-party coalition rules the country. “Change Continues” and “Democratic Bulgaria” who have aspirations to secure good Euro-Atlantic relations, have formed a government with the pro-Russian BSP and the populist party “There is such a people”.

“BSP supports any aid to Ukraine without the supply of deadly weapons and ammunition. This is a red line, and we are grateful to our partners for complying with this responsible position. We are doing it not only for us and not so much because of our beliefs, but because we believe that it is in Bulgaria’s interest to be cautious and moderate,” MP and former foreign minister Christian Vigenin said.

The Socialists claim it is in Bulgaria’s best interest for the government not to go against the opinion of the vast majority of Bulgarian citizens or create unnecessary worries and tensions.

Nearly 70% of Bulgarians do not want the government to help Ukraine with weapons, although most are ready to help refugees and send humanitarian aid.

However, analysts say that the real reason for BSP’s position is that the party is beginning to lose support due to the more radical pro-Russian nationalist Vazrazhdane party.

According to Vigenin, in the face of real security threats that are “not so much military as related to the risk to energy supplies and the economy”, the government is taking the necessary steps to preserve domestic stability and international prestige.

There is speculation in Bulgaria, denied by the government and the BSP that Sofia is actually providing military assistance to Kyiv, but through mediators like Poland.