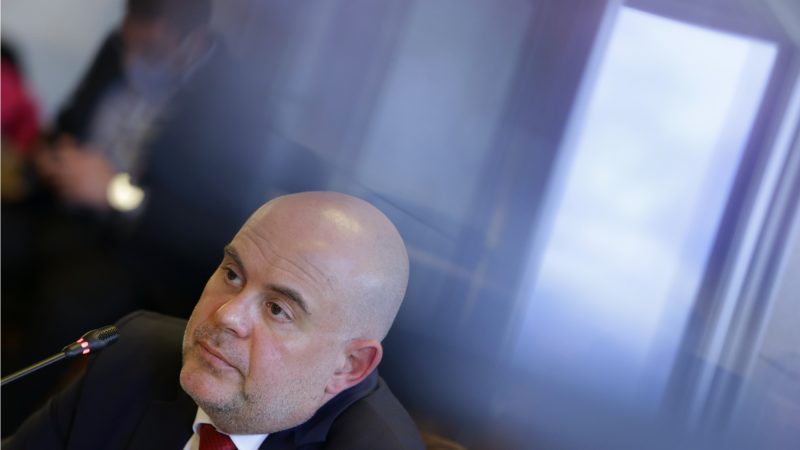 The proposal to dismiss Geshev is “a political act aimed only at political dividends and PR,” said the Prosecutor General’s spokesperson, Siika Mileva. [Shutterstock/Belish]

Bulgarian caretaker Justice Minister Yanaki Stoilov filed a proposal on Friday to the Supreme Judicial Council (SJC) to dismiss the prosecutor general, Ivan Geshev, citing disclosure of data collected through special surveillance and violation of the magistrate code of ethics.

Stoilov explained to journalists that two days ago he received information from caretaker Interior Minister Boyko Rashkov about violations committed by Geshev.

The chief prosecutor’s mandate is seven years and Geshev is only in his second year as the head of the prosecution in the country. His proposal is not likely to be supported by the majority of SJC members who elected Geshev to be prosecutor-general almost three years ago and who have so far remained blind to all the signals made about his professionalism and integrity. The justice minister convened a meeting of the SJC for 22 June.

The proposal to dismiss Geshev is “a political act aimed only at political dividends and PR,” said the Prosecutor General’s spokesperson, Siika Mileva. She added that the proposal contains only political but no legal arguments.

President Rumen Radev commented on Saturday that Geshev’s resignation would be in the interest of civil society and the country.

“This deafening silence about rampant corruption in the highest places, high-profile corruption scandals which were covered by the world media and badly discredited the state, the deafening silence about non-transparent spending of billions of public funds while the prosecution service was aggressively slandering those inconvenient to the power-holders – this is what discredited and delegitimise the prosecution service,” Radev said.