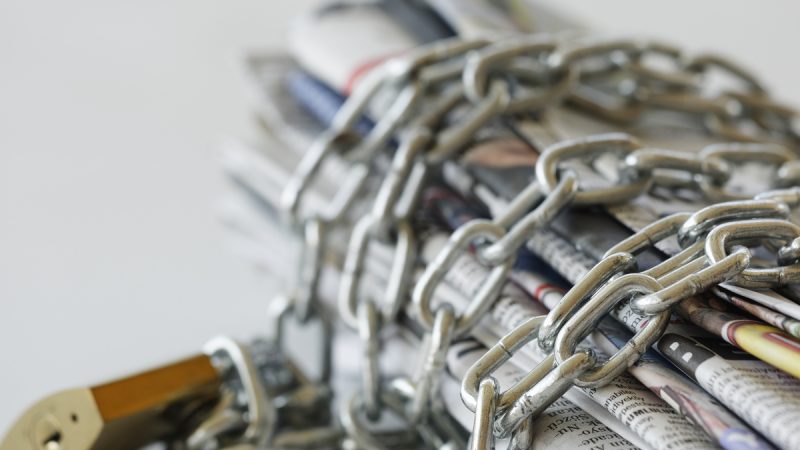 Bulgarian media Trud will have to find new offices after the culture ministry accused them of not paying €68,000 in rent. The ministry sent police to close the office on Monday (6 December), despite editor-in-chief Petyo Blaskov calling the accusation a lie.

This ignited a political scandal, which will stay with the new Bulgarian parliament. In recent years, the newspaper has pursued a policy in defence of former Prime Minister Boyko Borissov, GERB, and US-sanctioned Bulgarian politician and businessman Delyan Peevski.

Trud spreads information from Russian media supporting the Kremlin’s line and pursues an editorial policy against COVID vaccines and green certificates. On Monday, GERB was the primary defender of the Trud newspaper. The party submitted a request for a special parliamentary session at which the caretaker Minister of Culture, Professor Velislav Minekov, will be heard on the issue.

They explained that “Trud” has seven days to take out their belongings, otherwise they will be thrown away. The newspaper’s Editor-in-Chief Petyo Blaskov described it as political repression and declared civil disobedience, saying no one would leave the editorial office.

“There is political repression against an opposition newspaper. This is a simple fact and they are hiding behind the rental relationship,” Blaskov said.

Svetoslav Traikov, an adviser to the caretaker Minister of Culture, said the editorial office had received a document to vacate because they were not paying their rent. “There is an order for you to vacate the office. You can seek your rights in court. You do not even have a contractual relationship with the Ministry of Culture,” Traikov said.