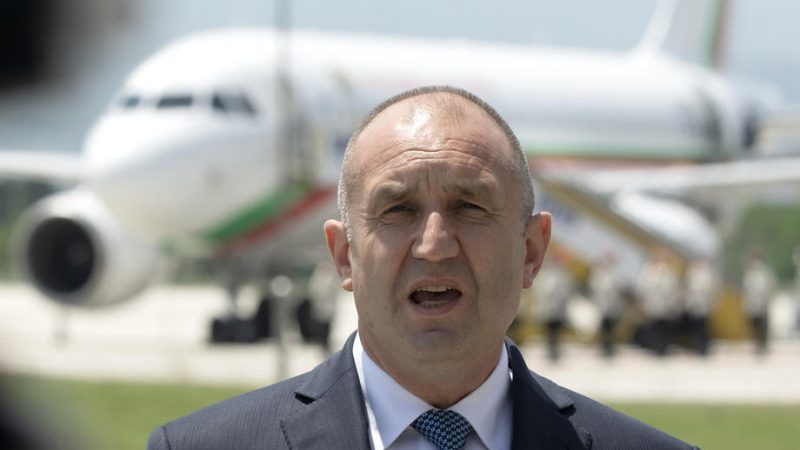 Georgiev is a former high-ranking police officer who was appointed to SANS six years ago at the suggestion of then-Prime Minister Boyko Borissov. [EPA-EFE/GEORGI LICOVSKI]

The head of Bulgarian counterintelligence (SANS), Dimitar Georgiev, was fired on Wednesday for damaging the service’s prestige, according to a decree signed by President Rumen Radev late on Wednesday.

Georgiev is a former high-ranking police officer who was appointed to SANS six years ago at the suggestion of the then prime minister, Boyko Borissov.

GERB party leader Borissov accused the president of firing Georgiev because the special service uncovered a Russian spy ring operating in Sofia in April this year. Georgiev is considered by the opposition to be a protégé of the GERB party.

“It is not so difficult to justify Georgiev’s dismissal. He set a precedent that damaged the prestige of the special service, and created grounds to believe that his actions are politically oriented,” said caretaker Prime Minister Stefan Yanev on Wednesday.

Georgiev, along with foreign intelligence chief Atanas Atanasov, went on a long leave after Borissov lost power in late April. However, the two were forced to return to work after facing considerable public pressure and being accused of being loyal to Borissov, but not to the state.

Plamen Tonchev is SANS’ new chairman and has now been the head of the agency’s regional structure for 11 years. There is still no government decision on what to do with the foreign intelligence chief. (Krassen Nikolov | EURACTIV.bg)