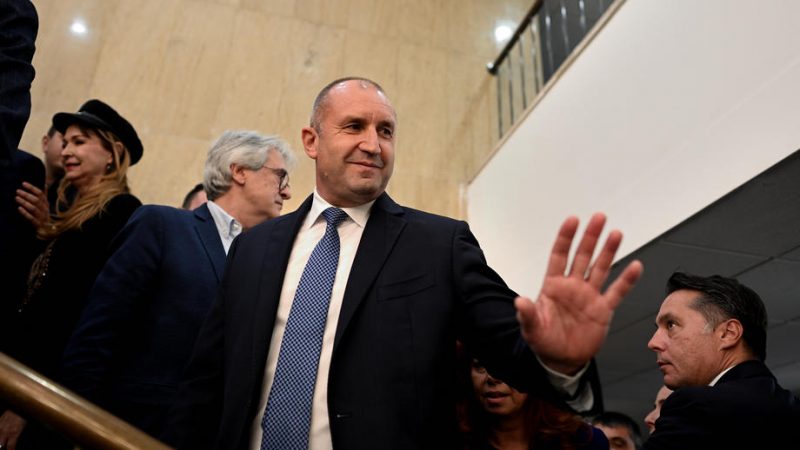 Rumen Radev won a second presidential term in a runoff against GERB-backed candidate Anastas Gerdjikov on a very low turnout of just over 30%. [EPA-EFE / VASSIL DONEV]

Rumen Radev won a second presidential term in a runoff against GERB-backed candidate Anastas Gerdjikov with a very low turnout of just over 30%. According to Gallup International Balkan data from exit polls, Radev received 65.8% of the vote against 31.8% for Gerdjikov in the runoff.

These are the fourth national elections in Bulgaria in the last eight months, which is likely the main reason for the low turnout. “People are tired of elections, of a pandemic, tired of manipulations, and artificial scandals. And most of all, our crushing victory in the first round calmed down many people, and they did not find meaning to vote in the runoff because the victory was clear,” Radev commented.

The president said that he fought against the money and propaganda of his political rivals, including former Prime Minister Boyko Borissov’s GERB and the party of the Turkish minority in the country – DPS.

The election had seen a serious increase in tensions between Bulgaria and Turkey due to the high turnout in the Turkish sections on 14 November, when both the parliamentary elections and the first round of the presidential elections took place. The caretaker government suspects an attempt by the Turkish state to support the DPS vote by citizens with Bulgarian passports living in Turkey.

Ukraine then reacted sharply to Rumen Radev’s statement that “Crimea is currently Russian.” The president explained that the annexation of Crimea was illegal, but “the territory is currently Russian, and that is the reality.” On Friday, the Bulgarian ambassador to Kiev was summoned for an explanation and announced that “Bulgaria strongly supports the territorial integrity of Ukraine, the status of Crimea as an integral part of its state territory, and efforts to end the occupation, in particular through Bulgaria’s participation in the Crimean platform. “

After the presidential election, the losing candidate Anastas Gerdjikov conceded defeat. “Congratulations to the winners, we all hope that in the next five years for the good of our people – their promises will come true, not my predictions,” he said.