Bulgarian socialists give up attempt to form government 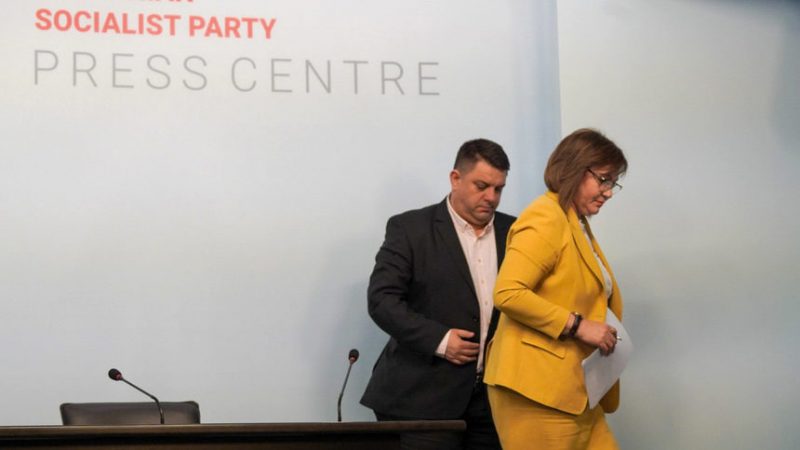 The Bulgarian Socialist Party (BSP) will return the mandate for the formation of a government, the party central announced on Saturday (1 May). This was the party’s third – and last – attempt to form a government following the 4 April general elections.

BSP leader Kornelia Ninova will officially return the mandate to President Rumen Radev on Wednesday. The next step is that the president appoints a caretaker government, dismisses parliament and fixes a date for snap fresh elections. According to pundits, the caretaker government will be announced on 11 May and early elections will take place on 11 July.

BSP deputy leader Kristian Vigenin commented that by returning the mandate, his force invalidates the speculations that it was ready to propose a cabinet supported by Boyko Borissov’s GERB party and the mainly ethnic Turkish Movement of Rights and Freedoms (DPS).

In his words, BSP had no chance of success, but he called “a lost opportunity” the refusal of the second largest force, Slavi Trifonov’s There is Such a Country party, to form a cabinet.

Such a cabinet could have functioned however with the support of the socialists, which Trifonov wanted to avoid at all cost.

The latest polls have Trifonov’s party and Borissov’s GERB tied.