Bulgarian Socialists to receive mandate to form a government. 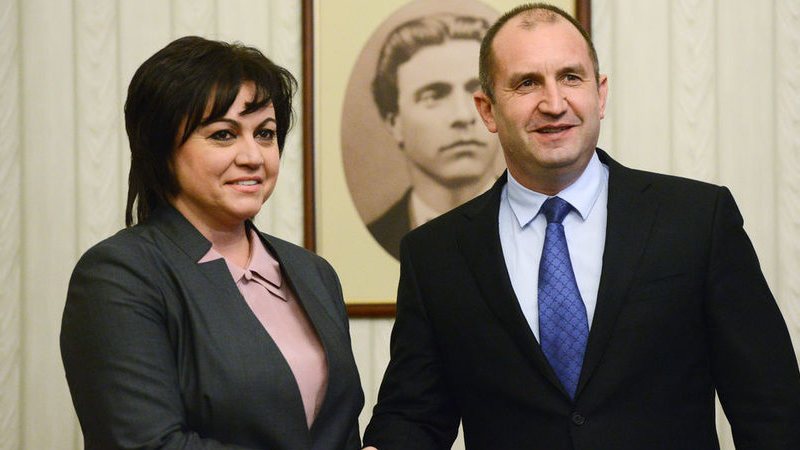 Bulgarian President Rumen Radev will give the mandate for the formation of the government to the Bulgarian socialists on Saturday (1 May), his office announced on Thursday. The two previous attempts to form a cabinet following the 4 April general elections failed.

According to the constitution, after two unsuccessful attempts, the president can give the mandate of any of the remaining political forces. But the president decided to give it to the third force, the Bulgarian Socialist Party (BSP). Its leader Kornelia Ninova announced that earlier on Saturday the BSP leadership will gather and decide whether to accept the mandate and attempt to form a government.

Pundits say the chances that BSP will make such an attempt are slim because of the risk to be supported by Boyko Borissov’s GERB party and the mainly ethnic Turkish Movement for Rights and Freedoms (DPS). BSP, although seen as a “systemic party”, would like to be supported the “protest parties”, but these made it clear they would not back such a cabinet.

Asked with which political forces BSP would conduct consultations, Ninova said: “Of course, it’s out of the question to hold talks with GERB”.

Since the 4 April elections, the former ruling party GERB (EPP-affiliated), without the support of the so-called “Patriots” who were unable to cross the 4% barrier, is ostracized by all other political payers in parliament.

If the BSP attempt fails, the president would have to form a caretaker government, dismiss the Parliament and call snap elections in two months’ time.