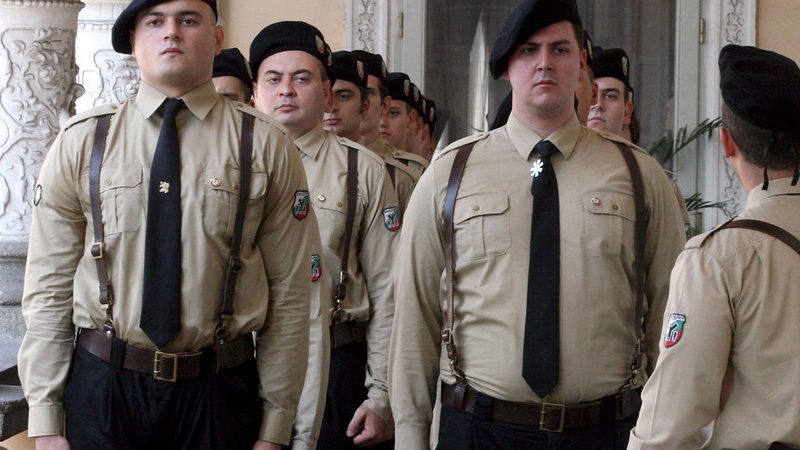 The employees who were in the building claim that their office was destroyed, and recognized the Bulgarian National Union leader, Rasate. [EPA-EFE / LUBOMIR SPIROV]

Bulgarian presidential candidate – the nationalist Boyan Stankov was indicted for allegedly attacking an LGBTQ centre in Sofia. He was detained for 72 hours by the prosecutor as for him to be held longer would require a court decision.

Stankov, who calls himself Rasate, was accused of gross hooliganism and causing minor bodily harm.

On Saturday, a group of 10 men stormed the Rainbow Hub community LGBTQ centre in Sofia.

The employees in the building claim that their office was destroyed and said they recognised the Bulgarian National Union leader, Rasate.

He refused to comment on whether he participated in the attack but also did not condemn it.  “My civil rights allow me to refrain from comment. The community should not be surprised by such attacks. They are engaged in propaganda among minors. It’s only natural that something like this would ever happen,” he said.

“The committed crimes are characterised by extreme audacity and disrespect for the democratic foundations of the state. Their intensity and the data for the previous conviction of the accused show a high degree of public danger”, stated the prosecutor, requiring Rasate to be detained for up to 72 hours.

Eleven foreign ambassadors visited the Rainbow Hub on Monday and condemned the attack.

The Central Electoral Commission stripped Rasate of his immunity as a presidential candidate so that he could be arrested and charged.

Hate crimes for sexual orientation are not specifically illegal in Bulgaria, so the prosecution  refers to the crime of ‘hooliganism’.