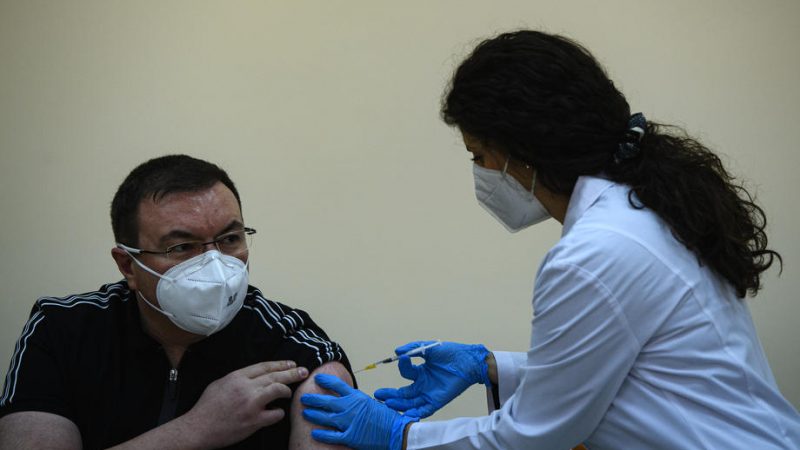 “There is such a people” declare in its bill that the long-term side effects of COVID-19 vaccines are unclear. [EPA-EFE/Vassil Donev]

The populist party ‘There is such a people’ – which won the last parliamentary elections but failed to form a government – has proposed to ban by law any possibility of introducing mandatory vaccination against COVID-19 in Bulgaria.

Shortly before the Bulgarian parliament is dismissed for the third time this year, Slavi Trifonov’s party is trying to reap election dividends by campaigning against COVID-19 vaccines. With a bill in parliament, the party is spreading false and unverified information about vaccines, trying to win over the numerous anti-vaxxers in Bulgaria.

The parliament, however,  will not have enough time to adopt the proposal

‘There is such a people’ declared in its bill that the long-term side effects of COVID-19 vaccines are unclear.

“A number of experts warn of the possibility of activating autoimmune and cancer diseases (after getting the vaccine),” the party said in its bill. The experts were not quoted by name.

The possibility of activating autoimmune diseases is not ruled out with any vaccine, but it is extremely rare. There is no scientific evidence to suggest that COVID-19 vaccines can cause cancer in humans.

At the end of July, the leader of the parliamentary group “There is such a people”, Toshko Yordanov, promised to provide a list of people who have suffered illness after they had received the vaccine. The topic was forgotten soon after.

Only 18% of Bulgarians have been vaccinated against COVID-19, which puts the country in last place in the EU. Bulgaria ranks first in mortality from COVID-19 in the EU in the last two weeks because of the Delta variant.