By Krassen Nikolov and Sarantis Michalopoulos | EURACTIV.bg and EURACTIV.com 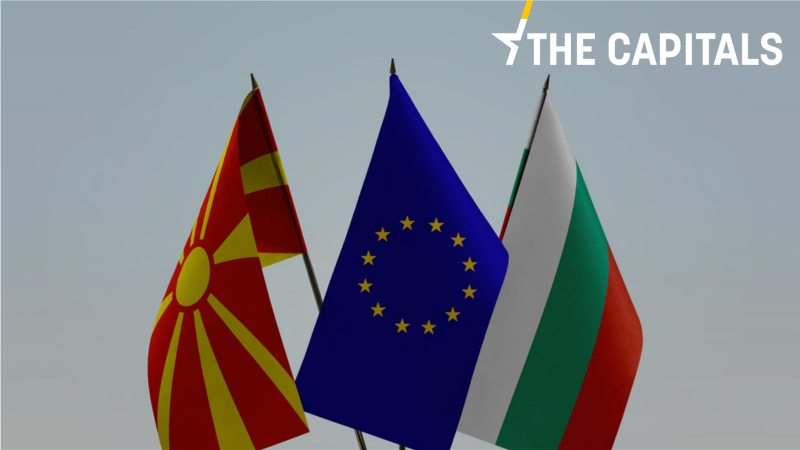 Bulgarian MEP Radan Kanev (Democratic Bulgaria, EPP) rejects the possibility of a caretaker government appointed by the president to give the final answer to Skopje. [Shutterstock/alexfan32]

The ongoing political crisis in Bulgaria, which will have to hold its third parliamentary election in less than a year, leaves few chances that Sofia will lift its veto on the European integration of North Macedonia before the end of this year, politicians and analysts have told EURACTIV Bulgaria

“Skopje can get an answer from Sofia in December if Bulgaria has a government with a clear mandate, but the chance of that is very small,” Vessela Tcherneva, deputy director of the European Council on Foreign Relations, a think-tank specialised in EU foreign affairs, told EURACTIV.

According to Tcherneva, Skopje’s authorities must wait for the results of the presidential elections in Bulgaria, scheduled for 14 November, because the president’s position will be very important.

The current president, Rumen Radev, has all the chances to win a second mandate. He has been an important figure in Sofia since April because his caretaker government has ruled the country in the absence of a regular cabinet, following two inconclusive elections.

“If Radev does not participate constructively on this topic, the problem will be very difficult to solve,” Tcherneva added.

Bulgarian MEP Radan Kanev (Democratic Bulgaria, EPP) rejects the possibility of a caretaker government appointed by the president to give the final answer to Skopje.

“The crisis in relations with the Republic of North Macedonia requires not only a regular government but also a stable parliament in Bulgaria, with a clear majority and decent relations between the parties in it,” Kanev told EURACTIV.

He explained that the Bulgarian parliament has a restrictive framework position for North Macedonia, which “ties the hands of any government, especially a caretaker one.”

“The only way out is very delicate diplomatic negotiations and an agreement that will both protect the Bulgarian national interest in the process of Skopje’s integration and prevent the risk of the Western Balkans falling prey to Belgrade’s schemes, which are openly hostile to us (in Bulgaria),” he said.

He assumes that such diplomacy requires a mandate from the Bulgarian parliament and very broad political support and national consensus.

“In a democratic parliamentary republic, a consensus is reached in parliament, in cooperation with the president and by using the opportunities that both institutions offer for negotiations and compromises.”

“The crisis in the relations with the Republic of North Macedonia and the isolation of Bulgaria in the EU will continue until the formation of a stable regular government”, Kanev said.

Political scientist Georgi Kiryakov predicted that after the upcoming early elections in November, the third in a year, another election might follow at the beginning of 2022. For now, he sees no possibility of changing the unstable political situation in Sofia, except that the extreme nationalists from the “Revival” (Vazrazhdane) party eventually enter the parliament.

“Until the problematic political situation in Sofia is resolved, the problem with the European integration of North Macedonia will stay,” he said, adding, though, that if Bulgaria manages to form a government without the participation of nationalists, it could also give the green light to Skopje.

“In any case, the chances of forming a stable regular government in Bulgaria this year are very slim,” Kiryakov said, estimating that it was very likely that Skopje’s issue would be postponed for 2022.

An EU source who spoke to EURACTIV said the European Commission’s position has not changed and a solution should be found as soon as possible.

The same source added that the executive will continue working in this direction with Slovenia’s EU Council Presidency to find a solution in 2021; However, they admitted that the Bulgarian elections complicate things as all will depend on the level of “governability”.

An EU diplomat commented that even the previous caretaker government had been “really unconstructive” on the matter. “Bulgaria is now seen as an EU spoiler when it comes to enlargement, undermining EU efforts in the region,” the diplomat said.