Bulgaria’s politicians got their jabs before doctors 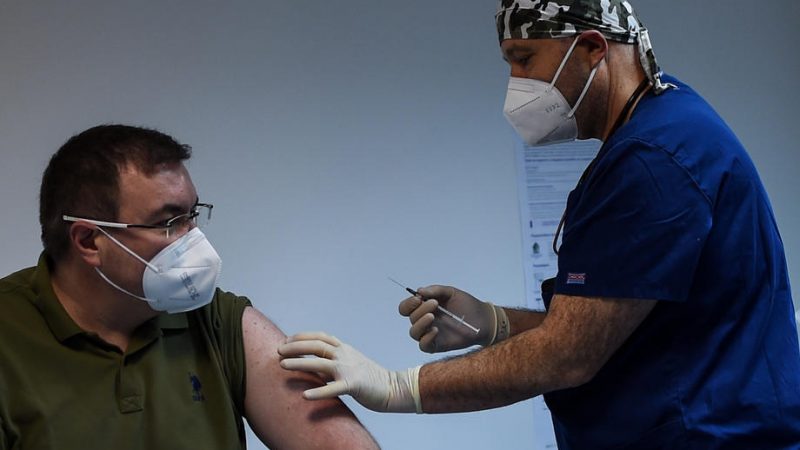 “I will not allow institutions or individuals to violate the National Plan for vaccination”, the health minister wrote on Facebook. [EPA-EFE/Borislav Troshev]

The vaccination order in the Bulgarian town of Sandanski has undoubtedly been violated, Health Minister Kostadin Angelov announced on Sunday, after it became clear – following the audit of the town of Sandanski – that 20 people from the town council were vaccinated despite the country still being in the first vaccination phase, which only includes medics.

Among those vaccinated were the town council chairman and his deputies, who said the doses would have otherwise been disposed of.

“I will not allow institutions or individuals to violate the National Plan for vaccination”, the health minister wrote on Facebook.

Meanwhile, the model and PR of a private hospital, Geri Doncheva, posted a video of her vaccination – a case which has so far not been audited by the authorities. The private hospital’s manager explained that Doncheva sometimes meets patients, adding that an exact definition of a first-line worker does not exist.

According to Bulgaria’s national vaccination plan, medical workers are to be vaccinated first, while people who live and work in elderly homes and teachers come next under the second vaccination phase which is expected to start in one or two weeks. Mass vaccination will start at the end of February or in March, said the health minister as Bulgaria received its second Pfizer/BioNTech shipment.

As of Sunday, 13,473 people have so far been vaccinated in Bulgaria.