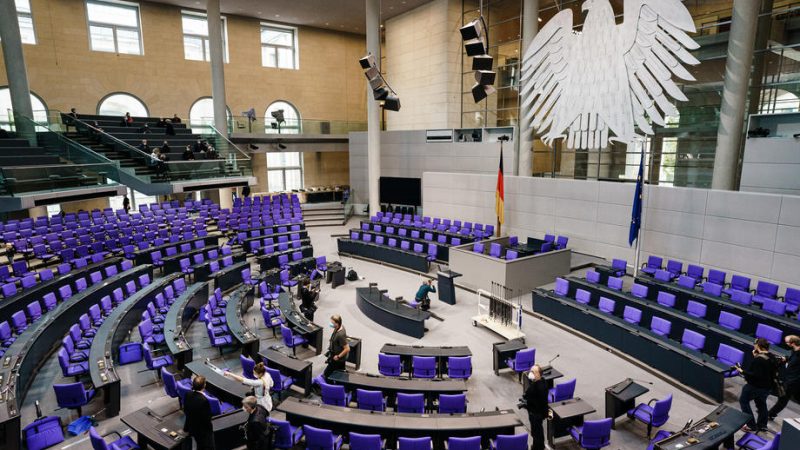 There are two major items on the Bundestag’s agenda on Tuesday: the end of the so-called ‘epidemic situation’, which saw the parliament grant the government sweeping powers, as well as the election of a new Bundestag president.

“The SPD faction … won’t extend the epidemic situation, as we could [as a parliament] under the infection protection act, for another blanket three months,” said Rolf Mützenich, head of the social democrats in parliament, at a press conference on 25 October.

Without an extension of the ‘epidemic situation’, the German government will be limited in the measures it can impose to keep COVID in check, making an amendment to the infection protection act necessary to allow for individual actions by the German states.

Another smaller issue is who gets to succeed conservative veteran Wolfgang Schäuble as president of parliament: traditionally, the largest party gets to put one of their deputies into the position. For the social democrats, that would be Bärbel Bas.

Bas has focused on health, pensions, social and labour market politics and is part of the leftist wing of the social democrats.