‘Business as usual’ for Romanian government after USR PLUS ministers resign 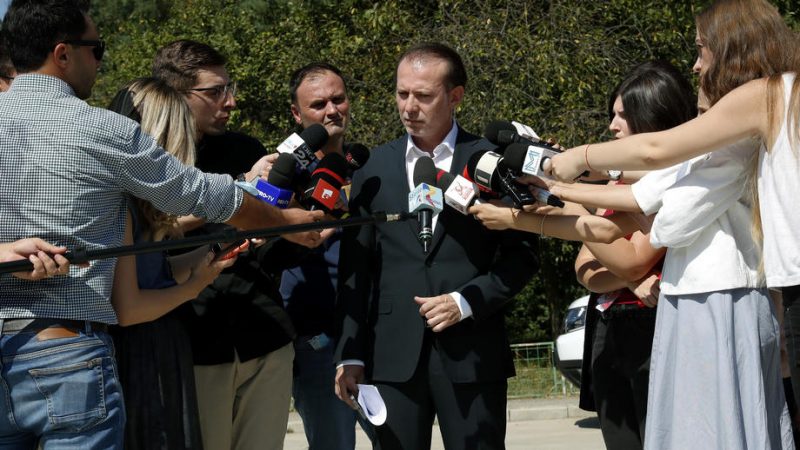 Although he managed to avoid a no-confidence vote until the party elections last weekend, Citu had no answer on questions about the new censure motion filed by the socialists from PSD. [EPA-EFE / Robert Ghement]

The government approved a budget revision on Tuesday, just a few hours after five ministers and a deputy prime minister from the USR PLUS party filed their resignations.

However, while USR PLUS still insists it wants to remain part of the coalition, but with a different prime minister. Prime Minister Florin Citu has also received backing of PNL, the largest party in the coalition which also includes the Hungarian minority party UDMR.

Meanwhile, USR PLUS filed last week a censure motion against the government, but PSD socialists played along with PNL MPs and blocked for the fourth day in a row the setting of a calendar.

USR PLUS is upset with Prime Minister Florin Citu for his firing of Justice Minister Stelian Ion after a row on the approval of an investment programme worth about €10 billion.

On Tuesday afternoon, USR PLUS leader Dan Barna met President Klaus Iohannis in an attempt to defuse the political crisis, but was quite disappointed after the meeting, saying no concrete solutions or proposals were discussed.

For now, Citu has some leeway as he is allowed to appoint interim ministers for 45 days before the government has to ask parliament for another confidence vote, as the structure of the cabinet will be changed.

However, this will give him enough time to take part in the PNL elections, where he is running for the party’s leadership alongside the current president and former prime minister Ludovic Orban. (Bogdan Neagu | EURACTIV.ro)