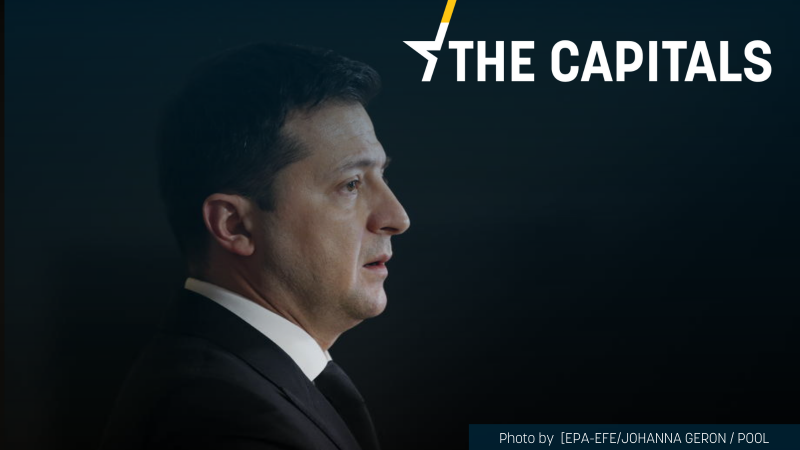 Political and civil society figures from various EU member states call for Ukraine to be recognised as an EU candidate country, following Russia’s invasion on Thursday.

Ukraine’s President Zelenskiy made a passionate plea in an exchange with EU leaders on Thursday evening but received a lesser response than hoped for.

As EU leaders were meeting for an emergency summit on Thursday evening, more than a hundred European political and civil society figures co-signed an opinion piece in Le Monde, calling for a “strong signal” to be sent to the Ukrainian population, which is under attack from Russia but has “chosen the family of European democracies”.

Signatories stressed Russia was attacking Ukraine because of the rapprochement with Europeans since the removal of former President Yanukovych and the “European aspirations” of the Ukrainian people.

They pointed out that in 2017 the Ukrainian parliament adopted “a law making EU membership one of the strategic objectives of Ukraine’s foreign and security policy”, which allowed Ukraine’s “European choice” to be enshrined in the country’s constitution.

By recognising Ukraine as an EU “candidate country”, the signatories said they hope that accession negotiations could begin soon, and “a clear timetable with detailed objectives and steps towards Ukraine’s full integration into the EU” could be drawn up. This would contribute “to the economic stability of the country” through its gradual integration into the EU single market, they wrote.

However, signatories also recognise that this would be “a long road ahead” for the country, which is not yet ready to join the bloc, but would at least serve as an incentive for further necessary reforms for “convergence with the EU”.

Among the signatories were cross-party MEPs from the European Parliament, Ukrainian activist and leader of the Femen movement, Inna Shevchenko, and former Lithuanian Prime Minister and conservative MEP Andrius Kubilius.

it also comes as Zelenskiy called on EU leaders to “stand side by side with Ukraine and stop the aggressor.”

In a statement published on Telegram, he called for “powerful economic and financial sanctions” on Russia, including cutting off SWIFT and imposing an embargo on oil and gas trade. 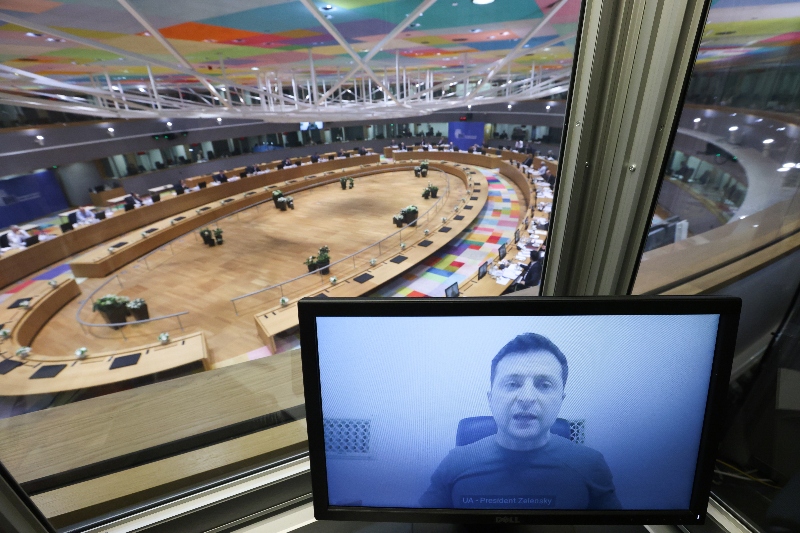 With Kyiv under siege, EU leaders pledge to hold the Kremlin accountable

As Russian tanks roll toward Kyiv and with diplomatic options to impact on Moscow waning, the EU leaders made the effort on Thursday night (25 February) to put a brave face and express a message of unity.

“Our people are dying for the freedom of Ukraine and Europe,” the statement said. “We have waited for a long time at an open door. We asked about NATO membership and didn’t get a response.”

EU leaders in their summit communique said they “acknowledge the European aspirations and the European choice of Ukraine, as stated in the Association Agreement”, but stopped short of a clear commitment as Zelenskiy requested.

While EU leaders were univocal in their support for Ukraine’s territorial integrity, EURACTIV understands, that under the current circumstances there is no willingness for firm commitments so as not to further antagonise Russia.

Ukraine, together with Georgia and Moldova, has tried hard, but unsuccessfully to win support from the EU for its “higher ambition” to become part of the bloc.

In the present circumstances, when Russia is conducting a war to put down its democratically elected leaders and replace them with a puppet government, the initiative appears belated and useless. 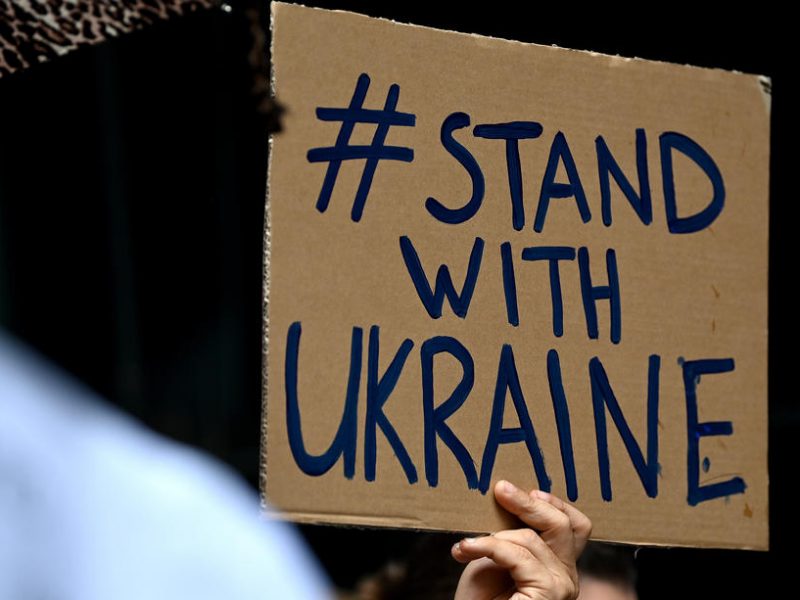 As Russian President Vladimir Putin decided to destroy the current security order in Europe, solidarity and unity remain our most potent weapons, but we cannot leave Ukraine to Russia and shut the doors for its EU accession, said Vice-President of European Parliament, Michal Šimečka