Canada to roll over terms of EU trade deal with UK 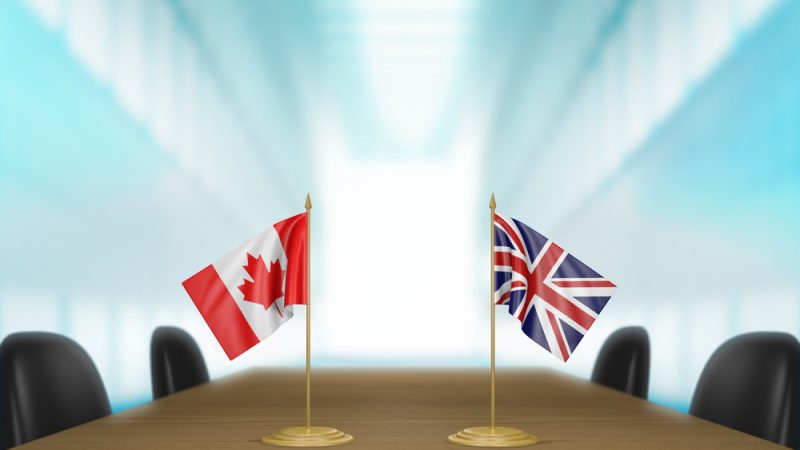 UK Prime Minister Boris Johnson said that negotiations would start early next year “on a new, bespoke trade deal with Canada that will go even further in meeting the needs of our economy.” [Shutterstock/David Carillet]

Canada has become the latest country to agree to roll over the terms of its EU trade deal with the UK after the Brexit transition period ends on 31 December.

The agreement does not give businesses on either side of the Atlantic any additional benefits but ensures that UK-Canada trade will not be conducted on World Trade Organisation terms. Canada has been earmarked as one of the first countries that the UK will seek to strike post-Brexit free trade agreements with.

UK Prime Minister Boris Johnson said negotiations would start early next year “on a new, bespoke trade deal with Canada that will go even further in meeting the needs of our economy.”

However, with just over a month to go until the UK leaves the EU’s single market, there are still 14 ‘trade continuity agreements’ that have not yet been finalised worth a total of £60 billion in trade. (Benjamin Fox | EURACTIV.com)