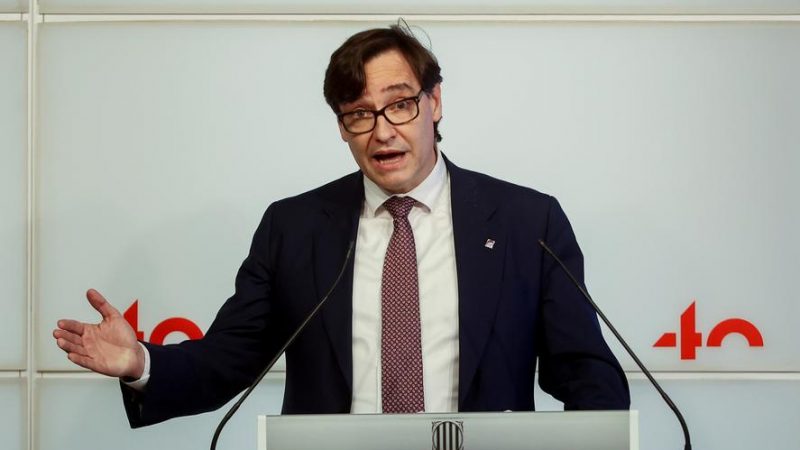 Catalan opposition leader and former health minister of Spain, Salvador Illa spent a couple of days in Brussels last week where he met with Vice President Josep Borrell and Commissioners Stella Kyriakides and Nicholas Schmit, among others. Before heading back to Barcelona he held an exclusive interview with EURACTIV.

Since October 2017 – when the independence referendum was held in Catalonia- the Catalan government representatives have been completely excluded from having any meeting with top EU officials.

Nevertheless, Mr Illa as an opposition leader, met with two Commissioners and one VP in less than two days. When asked about how this exclusion has affected the institutional reputation of Catalonia, he said “I have come to explain that in Catalonia there is a fundamental change taking place, and I have come to explain that the main dialogue that needs to take place in Catalonia is a dialogue between the Catalans”.

Looking. to the future, he made clear that “Catalonia had relations with the EU, that started from a very high level of influence in the past, and that we would like to recover as soon as possible, as long as the Government of Catalonia has a sensible approach”.

Illa said they also spoke about the current budget that the independentist executive is trying to approve. Considering that since 2012 only two budgets have been passed, it is fundamental that this one amid the recovery plans is approved.

Although the Catalan socialists are willing to support this budget, their leader stressed, “these are budgets that can be improved, and I will try to improve them, always with a constructive attitude and predisposition to facilitate their approval and processing”.

When asked about his former role as a health minister during the pandemic and his thoughts about the EU taking more competencies in the health field, he said “one of the lessons learned from this pandemic is that we need to strengthen all the mechanisms for cooperation and integration of policies and also in the health field”.

He pushed for the importance of the EU in assuming more competences and coordinating efforts not only in the health area but also in economic and social ones as it has done with the EU Next-generation plan.

Finally, the conversation led to the current “renaissance” of the social democrats, where Mr Illa pointed out “I believe that the last general elections in Germany have been very forcefully affirmed. This has a positive influence on the approaches and the political position of Catalan and Spanish socialism”.

When analysing this positive impact in the Catalan socialist party he said, “the Catalan Socialist party has always argued that there has to be a progressive social democratic approach with public policies that are economically very well endowed and compatible with a market economy that generates wealth, and therefore it is positive for us when this reasoning gains a lot of political weight in Europe”.