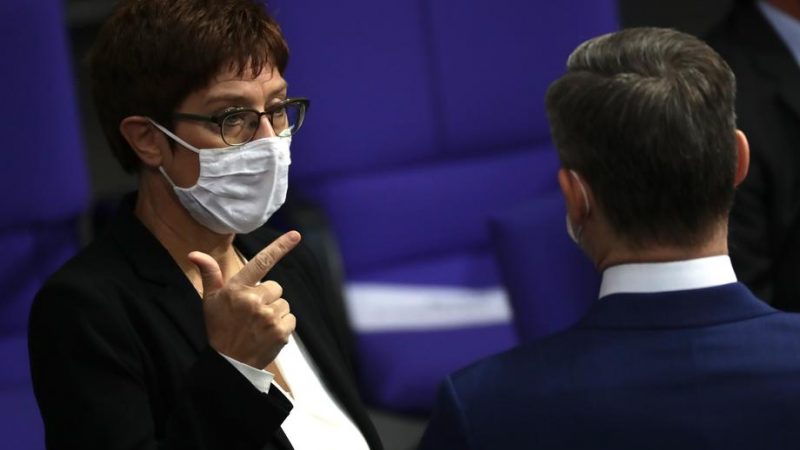 The Christian Democrat CDU has postponed the party conference due to the coronavirus and with it, the vote for a new party leader and likely chancellor candidate. Originally planned for 4 December, the decision has been moved into 2021, leaving current leader Annegret Kramp-Karrenbauer at the helm during the start of the election year. Chancellor Angela Merkel confirmed she will not seek another term.

In order to assess the public health situation and set a new date for the party conference, there will be another committee meeting on 14 December, Der Spiegel reported. If the level of infections, which has spiked in recent weeks, remains constant until 14 December, the decision will be moved to another meeting in mid-January.

Former Bundestag faction leader and current frontrunner, Friedrich Merz, was upset by the delay, saying it was a deliberate tactic to harm his candidacy. He told the newspaper ARD Morgenmagazin that there are “considerable parts of the party establishment who want to prevent me from becoming party leader.”

Analysts believe it will most likely be worse for Merz than his other opponents, particularly because he does not currently hold any political office and thus has to work the hardest to gain media attention.

North Rhine-Westphalian leader and Merz’s closest competitor, Armin Laschet, has been in favour of moving the vote, and the move could allow him to regain some ground. “We must now direct all our strength, energy and efforts to fighting the pandemic. People in Germany have less acceptance for parties dealing with internal issues,” he asserted in Welt am Sonntag.

MP and foreign policy expert Norbert Röttgen, whose candidacy is considered a longshot, understood the move but called it “bitter,” adding that “it follows unpredictability in the wake of the pandemic.” (Sarah Lawton | EURACTIV.de)