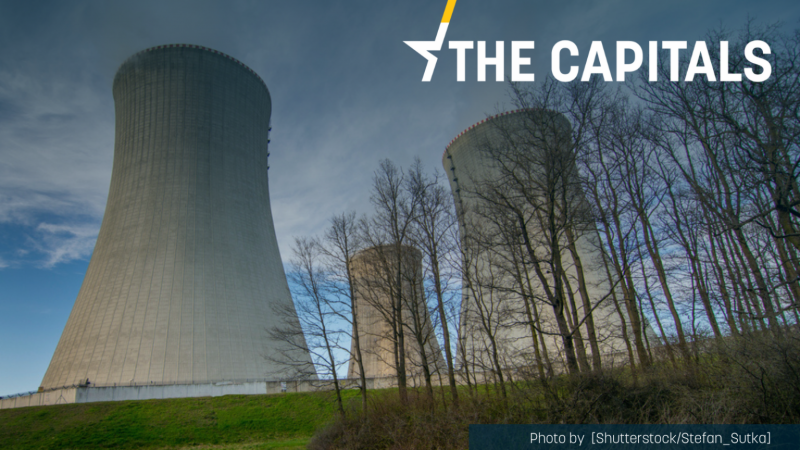 Slovakia is entirely dependent on Russian nuclear fuel developed by TVEL, but after Russia invaded Ukraine, the discussion started on changing suppliers. The only viable alternative is American Westinghouse, which Economy minister Richard Sulík considers expensive.

Discussion about alternative suppliers started last week when a Russian plane with nuclear fuel landed in Slovakia despite the country’s airspace being closed to Russian aircraft. According to Tomáš Vlček from Masaryk University, American company Westinghouse is the only other certified provider of fuel for VVER-44 reactors. Slovakia has two nuclear power plants with six reactors – all VVER-440.

Westinghouse got its licence for this fuel only recently – in 2018, and the first contract with Ukraine’s Rivne power plant was signed only last year. It is also unknown whether Westinghouse can produce the fuel in large amounts if other countries decide to diversify. Meanwhile, nuclear fuel from Russian-owned TVEL is also used in the Czech Republic, Hungary, Finland, Slovakia, Ukraine and Armenia.

The Czech Republic is currently choosing a fuel supplier for the Temelín nuclear power plant. While Russian companies were banned from the tender to construct new nuclear units, they can still bid on fuel tenders. Vlček does not rule out that this could change in the near future.

Slovakia has a contract with TVEL until 2026 and during the last tender in 2018, American diplomats strongly lobbied for Westinghouse, saying “it would increase energy security”.

Westinghouse’s offer was, however, 20% higher than TVEL and according to Sulík, this hasn’t changed. Nevertheless, he is not against the possibility of diversifying and said his ministry is in contact with Westinghouse.

“This is not the time to look at the numbers. Time has come to consider the security dimension of nuclear fuel providers, not just economics,” Vlček says.

Part of the opposition led by former Prime Minister Robert Fico and his Smer party is strongly against diversifying in the case of nuclear fuel and natural gas. On Tuesday, Smer called for a parliamentary meeting to halt the measures banning the import of Russian natural gas.

Meanwhile, Hungary is dead set on continuing its expansion of Paks NPP with two new VVER-1200 units, ordered from Russian Rosatom in 2014 without a tender and being built amid delays for which the Russian state has provided a €10 billion loan for the €12.5 billion project.

Meanwhile, last week, Rosatom’s local unit said it “has always fulfilled and continues to fulfil all its contractual obligations on time”.

Yet, the Russian state’s Vnesheconombank (VEB), financing the Paks 2 expansion, fell under the SWIFT ban, which saw several of Moscow’s financial institutions excluded from the global payment system.

“From the information I have been given, without being an expert in the field, it is a technical issue, it can be solved,” he said.

The European Commission, which greenlit the Paks 2 project in 2017 despite outstanding concerns, was not available to comment on whether the sanctions would have any effect on the Hungarian expansion.

András Perger, climate & energy campaigner with Greenpeace Hungary, said ‘“as money does not move from Russia to Hungary, for the time being, it should not cause a problem now.”

“In a later stage, when actually construction work would be done, that would be a different case, as Rosatom would be supposed to pay for the Hungarian or western subcontractors. If I understand the situation correctly, that cannot happen now, but it is not needed”, he told EURACTIV.