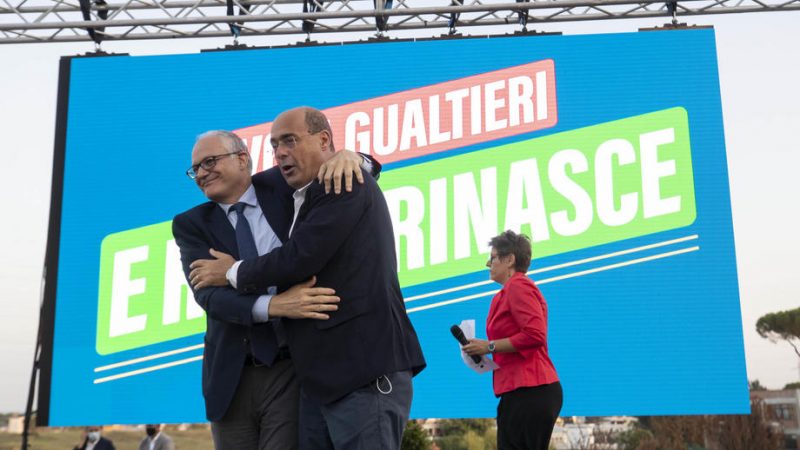 Rome, a complex municipality known as being hard to govern, will be administered by Roberto Gualtieri, a former MEP (S&D) and minister of Economy and Finances under Giuseppe Conte. [EPA-EFE / MASSIMO PERCOSSI]

Voters in Rome and Turin, respectively the first and fourth biggest cities in the country, elected centre-left candidates as mayors in the second round of municipal elections.

In the first round, three other major cities – Milan, Naples and Bologna – already chose centre-left mayors, as did Caserta, Cosenza, Latina, Isernia, Ravenna, Rimini Salerno, Savona, Carbonia and Varese. Trieste was the only main city to elect a centre-right candidate: Roberto Dipiazza, who secured his fourth mandate as mayor.

Rome, a complex municipality known as being hard to govern, will be administered by Roberto Gualtieri, a former MEP (S&D) and minister of Economy and Finances under Giuseppe Conte. Commenting on the victory, Gualtieri said his job would be “to make Rome work but also to make it grow, to create good jobs and build a more inclusive city”.

His opponent, conservative radio personality Enrico Michetti, had been involved in several controversies in the past weeks: several members of the neofascist movement CasaPound were running under his symbol, and a 2019 antisemitic comment of his resurfaced just days before the second round of elections.

Centre-right leaders kept quiet on Monday in the hours after the results were announced, with far-right former minister Matteo Salvini trying to downplay the effects.

“Our goal is to win the political elections next year. We made the mistake of entering the field too late in some cities”, he said. The centre-right was slow in picking candidates in key cities such as Rome and Milan due to internal disagreements within their ranks and a lack of suitable candidates. Brothers of Italy leader Giorgia Meloni acknowledged the centre-right’s defeat, but she also pointed out that the Five Star Movement also performed poorly.