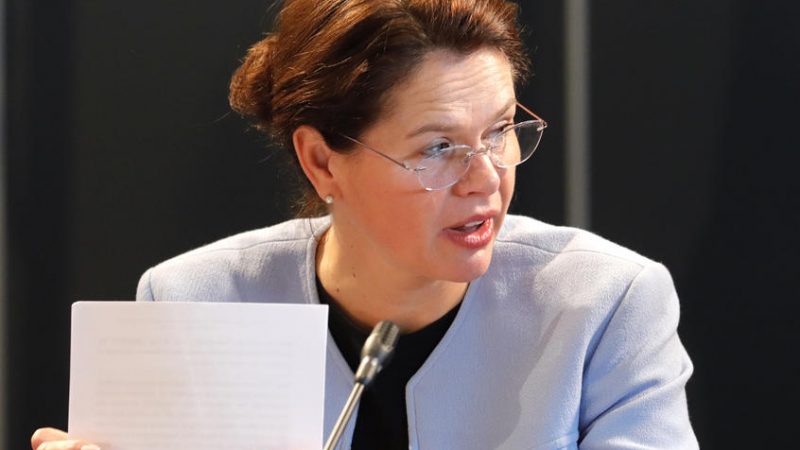 The idea for a post-election alliance was put forward by LMŠ leader Marjan Šarec in mid-August. He said such a pact was necessary to “return Slovenia to normalcy and to democracy”. [EPA-EFE/ ANTONIO BAT]

Four Slovenian centre-left opposition parties have finalised an agreement on cooperation after the election as they attempt to form a more united leftist bloc to challenge Prime Minister Janez Janša’s Democrats (SDS).

The leaders of the Marjan Šarec List (LMŠ), Social Democrats (SD), Left, and Alenka Bratušek Party (SAB) initialled the agreement on 21 September and will sign it next week pending approval by the top decision-making bodies of each of the parties.

The content of the agreement has not been disclosed yet but there have been indications in recent weeks that it will be broadly based on opposition to policies currently promulgated by the Janša government.

“After COVID-19, government terror and ignorance of the rule of law, and the hole they have managed to dig into public finances, Slovenia will need normalisation. We’re confident we’re going to provide that after the election,” said Alenka Bratušek, whose party was the first to fully endorse the agreement.

The idea for a post-election alliance was put forward by LMŠ leader Marjan Šarec in mid-August. He said such a pact was necessary to “return Slovenia to normalcy and to democracy”. Both Bratušek and Šarec had been prime ministers in the last decade.

The four parties, three of which were in the previous government that collapsed in mutual acrimony, have mounted several attempts to unseat the Janša government in the past year and a half with motions of no confidence and even an impeachment motion against Janša himself.

And while their efforts have led to the government losing the majority in parliament, the post-election pact may also be an admission that they have abandoned the idea of forcing an early election.