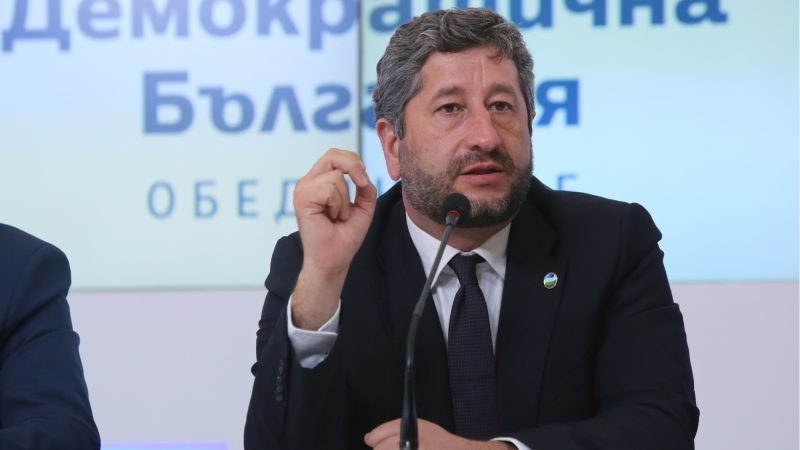 The centre-right pro-European coalition Democratic Bulgaria was the only political formation to openly support the EU integration of North Macedonia on the first day of the new Bulgarian parliament on Wednesday.

“We in this parliament must defend the Bulgarian national interest, find a solution to the problem with the Republic of North Macedonia. We must defend the [historical] truth, but we must find a way to become members of the European family together,” the leader of the parliamentary group of Democratic Bulgaria Hristo Ivanov told MPs.

Ivanov said North Macedonia’s EU membership is of strategic importance for Bulgaria. The other five political formations in the Bulgarian parliament completely ignored the topic when listing their main political priorities. The government in Skopje has high hopes that the new Bulgarian government will unfreeze the country’s EU accession process.

Bulgaria disapproved of Skopje’s negotiating framework in December over historical and linguistic disputes, as well as growing anti-Bulgarian rhetoric in the country. The firm attitude towards North Macedonia is supported by the majority of Bulgarians, according to opinion polls.

The mandate to form the new government will be given to the ‘There is such a people party’, an protest party led by Slavi Trifonov, which is not ready to compromise with Skopje. Though Trifonov avoids discussing Macedonia, he drew attention with a proposal to send two Bulgarian and one Macedonian astronaut into space with the assistance of NASA.

“If there is political will and leadership on the side of Bulgaria, I think we can find a European solution that would be good for Macedonian-Bulgarian friendship, for the European promise to the region, and for North Macedonia. But there is an ‘if’, because we already did our best,” Deputy Prime Minister for European Affairs of North Macedonia Nikola Dimitrov told Euronews.