Chair of the Finns Party announces plans to step down 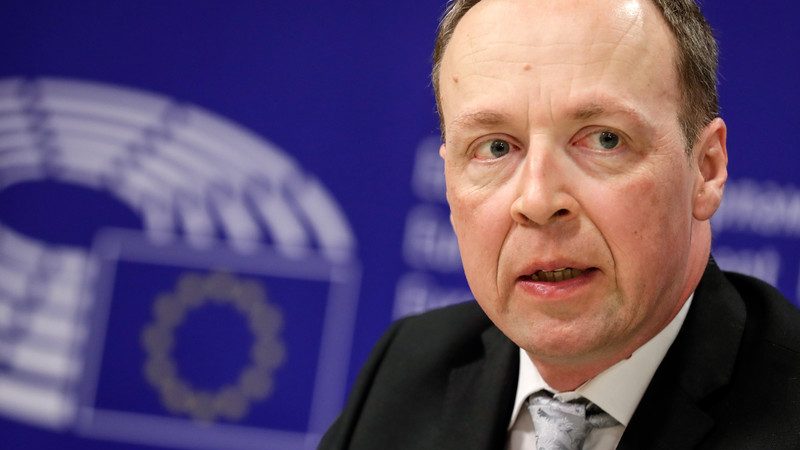 Jussi Halla-aho, the Chair of the populist and nationalist Finns Party announced on Monday during a party webcast that he will not be seeking re-election in the August party conference. [EPA-EFE/STEPHANIE LECOCQ]

Jussi Halla-aho, the chair of the populist and nationalist Finns Party announced on Monday during a party webcast that he will not be seeking  re-election in the August party conference.

However, the announcement was no surprise to the party’s inner circle, as Halla-aho said he had informed them of this decision last year. This revelation squashed any speculation that his resignation was a reaction to results in the local elections, where his party was expecting more support.

Jussi Halla-ahos’s unusual announcement saw him present a closed envelope which he said is allowed to be opened 10 years from now, on 21 June, 2031. According to him, the envelope contains no private details but all the information, observations, sentiments and analysis behind his decision and by opening the envelope in 10 years it will help him “resist the benefit of hindsight.”

Before turning to politics, Halla-aho completed his doctorate in historical nominal morphology of the Old Church Slavonic. Before being elected to lead the Finns party in 2017, he was an MEP for the European Conservatives and Reformists Group for three years, where he became known for his anti-immigration stance, even being fined for inciting hatred.

From August he will continue as an MP and as a member of the Helsinki City Council. It is unclear who will take over his role, but one presumed candidate, MEP Laura Huhtasaari, has already turned down the offer. There is speculation that party vice chair and MP, Riikka Purra will be next in line for the position.