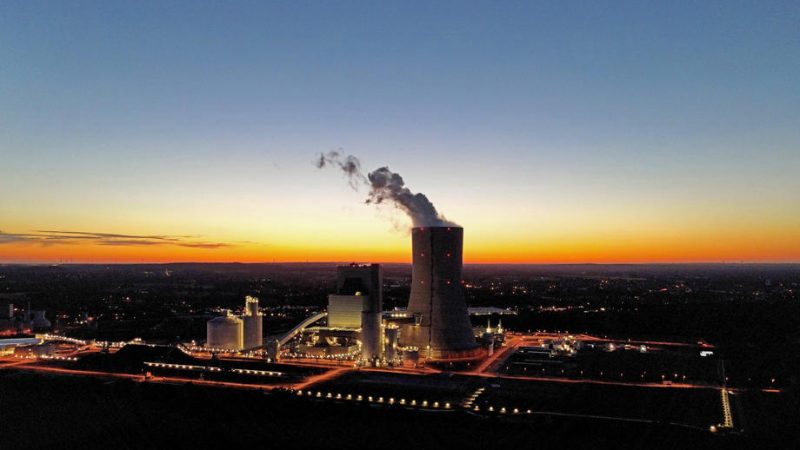 The Chinese companies signed the contract with Elektroprivreda BiH in 2014. [EPA-EFE - FRIEDEMANN VOGEL]

Chinese companies China Gezhouba Group Company (CGGC) and China Energy Engineering Group (GEDI) still want to go ahead with a project of building a new thermal power plant block in the eastern town of Tuzla with a Chinese government-backed loan even though the project was cancelled.

The Chinese companies signed the contract with Elektroprivreda BiH in 2014. US General Electric (GE), which was supposed to manufacture and design a key piece of equipment, later withdrew from the project.

The Chinese companies are offering to pick up the dormant project and have equipment manufactured and delivered by Shanghai Boiler Works and Shanghai Electric Group instead of General Electric or Siemens.

“We hope that the Elektroprivreda BiH and the authorities in the Federation of BiH (Croat Bosniak entity) will accept this alternative proposal so that the construction of Block 7 can begin as soon as possible, as this project is crucial for the stability of electricity production in BiH,” the Chinese companies said in a joint statement.

BiH, as one of few countries in Europe that still rely on coal, justified the investment in the new Tuzla power plant by saying it was necessary to replace the existing thermal power plant units based on outdated technologies and thus ensure BiH’s energy independence.

However, the European Energy Community and environmental associations believe that investing in coal-based energy would not only be harmful to the environment but also unprofitable, as BiH will have to pay penalties for CO2 emissions and the electricity it would eventually export would be too expensive.

The head of the EU Delegation to BiH, Johann Sattler, previously warned that the EU does not look favourably on new investments in the coal mining sector because it does not fit into European plans to abandon the production of electricity from fossil fuels. (Željko Trkanjec | EURACTIV.hr)