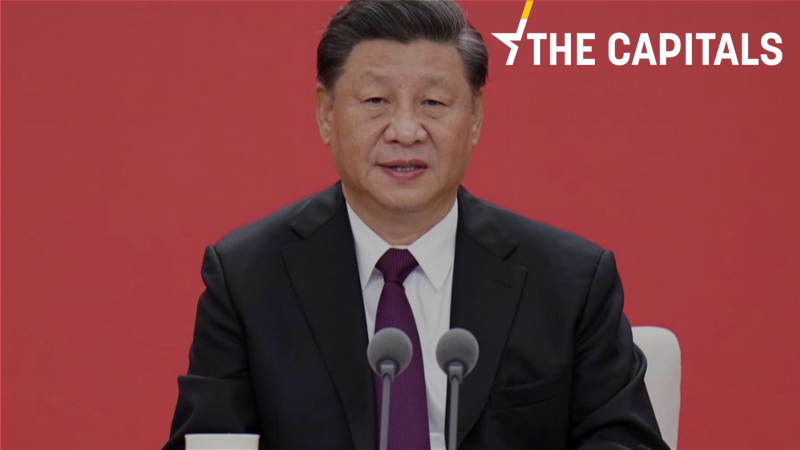 For many years now, it has raised eyebrows in the West, as it is seen as Beijing’s attempt to increase its influence in Europe. [EPA/ZHANG LING / XINHUA]

“We need to deepen agricultural cooperation in a bid to double CEE countries’ agricultural exports to China and raise two-way agricultural trade by 50% over the next five years,” he added.

For many years now, it has raised eyebrows in the West, as it is seen as Beijing’s attempt to increase its influence in Europe.

Radio Free Europe (RFE) reported, though, that China received a “chilly reception” as Bulgaria, Estonia, Latvia, Lithuania, Romania, and Slovenia sent ministers instead of their head of state. According to RFE, some countries have now adopted a more “realistic” approach toward Beijing.

“In 17+1 you have a number of US allies that are more receptive to American goals,” Ivana Karaskova, the founder of China Observers in CEE (CHOICE), told RFE/RL.

The EU and China reached on 30 December an agreement in principle on investment, which has been under negotiation for seven years. Portuguese PM Antonio Costa recently told Lusa in an interview that blocking EU-China deal because of the US would be a “terrible sign”.

So far, Serbia has managed to accelerate vaccinations thanks to the Chinese vaccine while at the EU level, Hungary has recently approved it.

“China will actively consider such cooperation with other CEE countries if there is the need,” Jinping said.

Serbian President Aleksandar Vučić was quite warm in describing Serbia-China relations as “exceptional”. “Dialogue at the highest level is crucial for the further development of relations between China and Serbia in all areas, especially the economy, culture, and healthcare,”, he said, adding that a visit of the Chinese president to Belgrade was confirmed.

Similarly, Montenegrin President Milo Đukanović commented that Tuesday’s summit is a small step towards creating something big, which he said will be witnessed by future generations.

But for Lithuanian president’s office, no decisions of importance to Lithuania were made at the meeting. Vilnius was represented by Transport and Communications Minister Marius Skuodis, who acknowledged “huge potential” in the EU-China collaboration.

Will China open up for Made in Poland?

“We do not intend to be just a transit area. Instead, we want to actively increase the share our country and region has in global supply chains,” he stressed.

Plenković thanked the Chinese authorities for their assistance in providing protective equipment at the start of the coronavirus pandemic.

Croatia is particularly focused on infrastructure, science, and innovation, as well as tourism, mobility, and SMEs, said Plenković, adding that Zagreb also supports a free market with a level playing field, reciprocity in market access, sustainable development, and the fight against climate change.