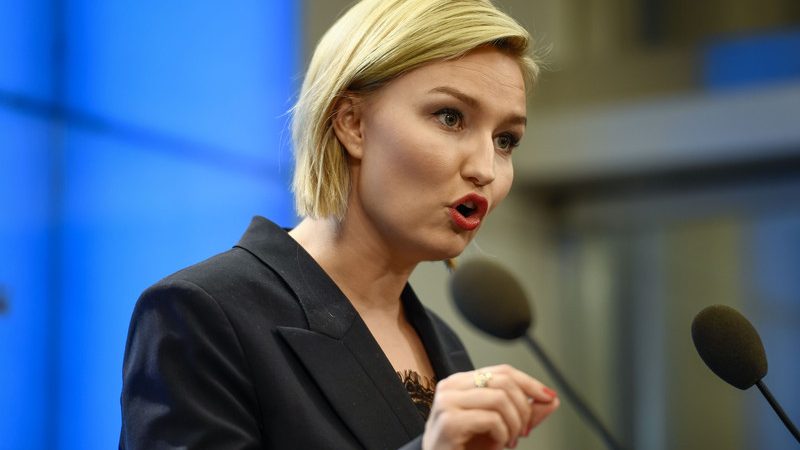 Busch made a controversial statement about the handling of the Easter riots that resulted in dozens of wounded police officers to Radio Ekot’s Lördagsintervju on Saturday (23 April). [EPA-EFE/HENRIK MONTGOMERY]

Christian Democrat (KD) leader Ebba Busch continues to have strong support from her party despite her comments following the Easter riots having attracted widespread criticism, including from the police’s union, station TV4 Nyheterna reported.

Busch made a controversial statement about the handling of the Easter riots that resulted in dozens of wounded police officers to Radio Ekot’s Lördagsintervju on Saturday (23 April).

Her statements attracted widespread criticism. In a written comment to Radio Ekot, Justice Minister Morgan Johansson said: “Ebba Busch criticises the police for not setting up a massacre this weekend. Is she out of her mind?”

“This is an incredible statement. That a Swedish politician almost calls on the Swedish police to harm a hundred people by shooting live ammunition has no place in a state governed by the rule of law,” said Police Union President Lena Nitz in a written comment to the press agency TT.

However, when asked for comment by TV4, several Christian Democrats claimed Busch’s words had been misunderstood. According to them and Busch, the controversy about her comments prevents them from addressing more fundamental issues.

“At that point, I think the party will be perceived as highlighting something that most people are in complete agreement about,” said Elisabet Lann, a KD municipal councillor in Göteborg.