Ciuca gets another go at forming Romania’s new government 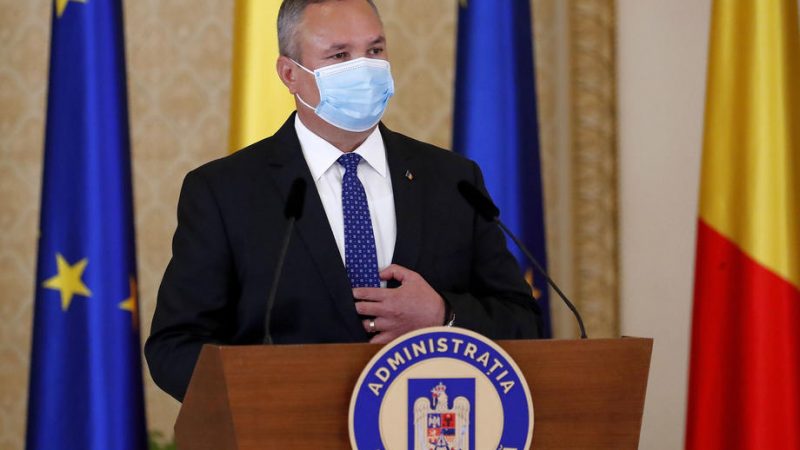 President Klaus Iohannis again designated Defence Minister Nicolae Ciuca to create the new government. This time, Ciuca is supported by a coalition formed by the main parties on both sides of the political spectrum.

After a few weeks of discussions, the National Liberal Party (PNL, a member of the EPP) and the Social Democratic Party (PSD, affiliated to PES) formed an unlikely coalition. They are joined by the ethnic Hungarian minority party UDMR and the representatives of other ethnic minorities represented in the Romanian parliament, controlling thus around 70% of parliamentary votes.

The coalition wants to push for a quick installation of the new government, with party leaders saying they hope the new cabinet would be sworn in by Thursday (25 November), some 50 days after the fall of the government led by Florin Citu, the president of PNL.

“The Romanian citizens expect from us stability and solutions,” Nicolae Ciuca said after accepting the mandate to form the government.

Ciuca’s previous attempt was unsuccessful as PNL wanted to install a minority government with only the help of UDMR. However, in the first days of November, he gave up his mandate as PSD said it would not support a minority government, while the centrist USR, which was part of the coalition with PNL and UDMR until September, said its MPs would not vote for a government that its members are not part of.

The new government will have its hands full with the energy crisis, the COVID-19 pandemic wave, and the decisions needed for getting the recovery money from the EU.

The parties have pledged the coalition will last until 2024, when the next round of elections is scheduled, and set up a rotation for the position of prime minister, with a PSD member expected to get the leadership of the government after 18 months.