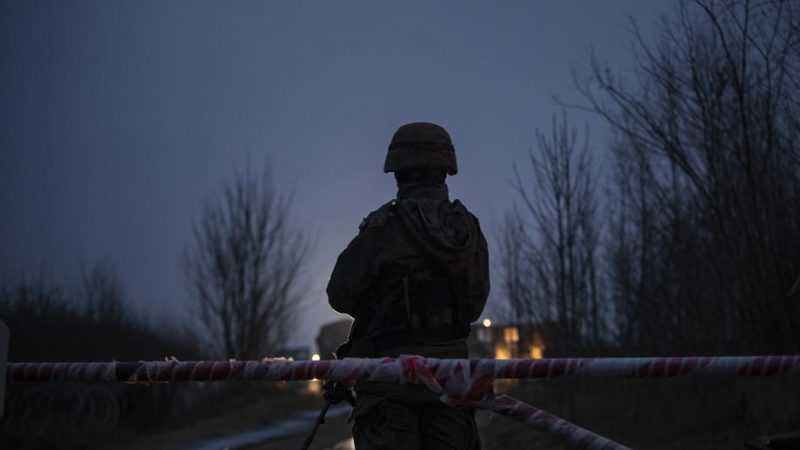 A soldier stands guard at the entrance to a temporary base outside the city of Michalowo, near the Polish-Belarusian border, eastern Poland. [EPA-EFE / MARTIN DIVISEK]

The Commission stands by its position that the EU budget should not fund the construction of fences, walls and barbed wire barriers on the EU’s external borders, an EU official told a press conference on Monday, EURACTIV Poland’s media partner, Gazeta Wyborcza reported.

This comes after Polish media reported that the Baltic states, including Poland, may use EU funds to build a fence on their borders with Belarus, as this is not prohibited by EU law.

The Commission has stressed that the money from the budget may be transferred to other forms of border management, including electronic surveillance systems or even drones.

The EU budget for 2022, adopted at the end of November, includes €25 million for “protecting the EU border with Belarus”. However, it was not specified how the money will be spent.

Meanwhile, attempts to cross the Polish-Belarusian border illegally continue with incidents of aggression against Polish officers.

Poland’s national defence ministry said on Twitter on Monday (6 December) that the reason for migrants’ aggression against Polish soldiers and officers at the Polish-Belarusian border may be linked to the alcohol migrants receive from Belarusian services.

Since the start of the year, the Polish Border Guard has recorded about 40,000 attempts to cross the Polish-Belarusian border illegally.