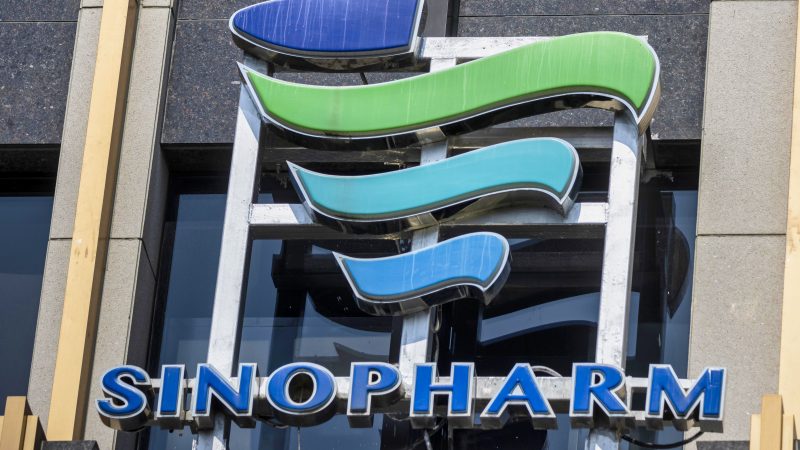 A Sinopharm company logo is displayed at the company's headquarters in Shanghai, China, 25 August 2020 [EPA-EFE/ALEX PLAVEVSKI]

EU rules do not prohibit the Hungarian government from ordering the Chinese Sinopharm coronavirus vaccine, the European Commission representation in Hungary said in a press statement.

Hungary’s government has “practically” reached a deal with China’s Sinopharm to buy its coronavirus vaccine, the government said on Thursday. The government also passed a decree on Thursday allowing it to start procurements outside the EU’s centralised scheme.

This can be seen as the country’s latest move to break away from Brussels as it tries to speed up inoculations in order to lift curbs on the economy.

EU countries agreed to jointly procure vaccines from six manufacturers – AstraZeneca, Sanofi-GSK, Janssen, BioNtech-Pfizer, CureVac and Moderna – with the Commission in the negotiating seat, which means no country can negotiate separately with these six companies.

However, there is nothing to prevent a member state from negotiating separately with vaccine manufacturers not covered by the joint procurement programme and, where appropriate, issuing a temporary, emergency authorisation for the use of such a vaccine under its own responsibility, the EU executive has said according to hvg.hu.

However, Hungary’s move makes things complicated when it comes to the planned vaccination certificates.

It’s not yet clear if the certificate of those Hungarians who got vaccinated with the Chinese vaccine will be recognised in other EU countries.

EURACTIV was informed that work is ongoing in the European Commission to present guidelines regarding vaccination certificates soon and particularly, their “interoperability” so that they can be used and recognised across the bloc.