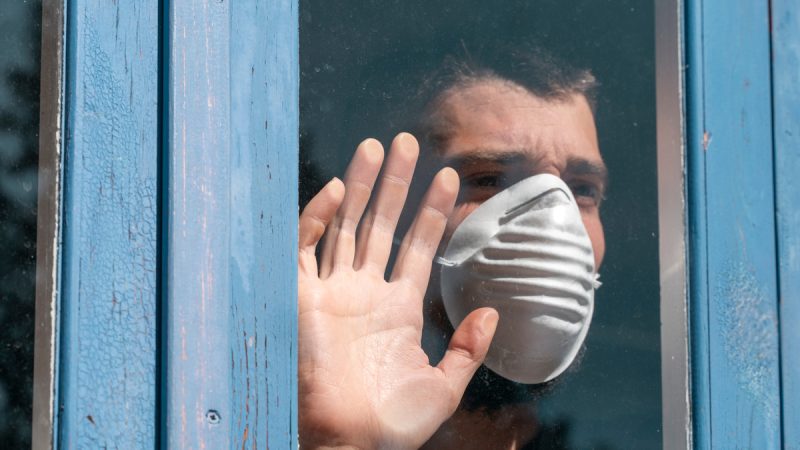 Health Minister Roberto Speranza announced that the unvaccinated entering Italy from abroad will have to go into quarantine for five days. [Shutterstock / Deliris]

Italy has to justify its new measure imposing mandatory quarantine for the unvaccinated and compulsory tests for vaccinated travellers, Commission vice-president Věra Jourová said at the end of the general affairs EU Council on Tuesday.

Her comment comes after Health Minister Roberto Speranza announced that the unvaccinated entering Italy from abroad will have to go into quarantine for five days. It was also announced that vaccinated people would have to test for COVID-19 using either a PCR or rapid test upon entry.

“I imagine that these measures will be discussed at the European Council. These member states’ individual decisions reduce people’s trust in the same rules across Europe,” said Jourová.

The measures are valid for travellers from all countries and aim to contain the spreading of the Omicron variant in Italy.

On Tuesday, Italy registered 20,677 new cases and 120 deaths – a significant increase compared to the previous day when there were 12,712 new cases and 98 deaths.

“The third doses are even more important to cope with the Omicron variant, we are seeing this from the data coming in,” said Speranza on Monday.

On the topic of vaccination, the minister also said that “the numbers these days are very encouraging. Yesterday, half a million doses of anti-COVID vaccines were given to patients. In total, more than 100 million doses of vaccine have been administered.”

Boosters are now available for people over 18, while the Pfizer/BioNTech vaccines will also be made available to children aged 5-11 from 16 December.

Jourová’s criticism comes at a time when many member states have imposed similar requirements, including Belgium. Furthermore, journalists wishing to cover the EU Council summit in person have been told that a vaccination certificate is not enough, and they must submit a negative PCR or a letter from a doctor as well.

Furthermore, EU Council conclusions call for “coordination” among EU member states when it comes to new travel restrictions, although this has so far not been reflected across the bloc.

It is clear that a lack of harmonisation between what is acceptable and what is not, is present within the Commission, not just between member states.