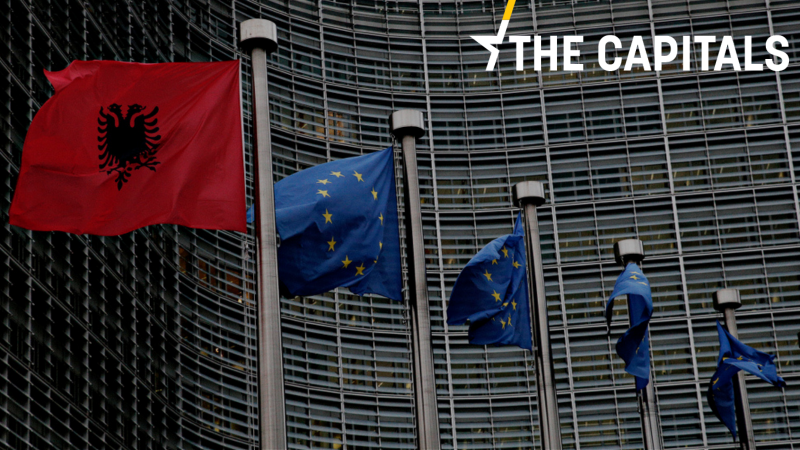 More than 1,400 Albanians sought asylum in EU member states in August 2021, a 46% increase compared to July and more than double that of June. [Shutterstock/Alexandros Michailidis]

More than 1,400 Albanians sought asylum in EU member states in August 2021, a 46% increase compared to July and more than double that of June, reverting to a pre-pandemic trend, according to EU data. This comes as reducing unfounded asylum cases is one of the conditions for EU accession that the Commission claims Albania has met.

Out of August’s applications, 1,200 were first time applications, and some 230 were re-applications. Albania had more asylum applications in August than from Ukraine, Kosovo, Serbia, Montenegro, North Macedonia, and Bosnia and Herzegovina combined.

It was the third-largest contributor of asylum applications to EU countries from the European continent. Turkey was first with 3,066, followed by Georgia with 1,524, Albania, and then Moldova with 1,139.

A total of 283 Albanians have been granted refugee status, or subsidiary protection in the EU since January 2021, despite Albania being considered a “safe” country of origin. Meanwhile, more than 3,500 cases are still pending an outcome.

The EU statistics office noted that “Albanians joined the 10 main nationalities applying for international protection in the EU, for the first time in two years.”

Almost a quarter of a million Albanians have sought asylum in an EU member state between 2008 and 2021, not including the UK, which saw 7000 requests in 2020 alone.

Numbers decreased slightly in 2020 due to the pandemic, but since travel measures have been scaled back, the numbers have crept back up.

According to various reports carried out in-country, common reasons for applying for asylum include lack of jobs, low wages, corruption, and a weak rule of law. Many also seek asylum due to ‘blood feuds’, a form of revenge killing, organised crime involvement, being the victim of crimes such as trafficking, and even political persecution.

A worrying trend has also been detected in terms of unaccompanied minors seeking asylum. Some 60,000 are believed to have left in the country, and local child-rights NGOs have called for a parliamentary inquiry to establish their whereabouts.

An expert country witness for Albania for the UK Home Office told EURACTIV that common reasons for application include sex trafficking, women fleeing planned marriages, severe domestic violence, loan sharks, police mistreatment and “attacks due to political affiliation.” They said around one third were successful.

Reducing asylum applications is a condition for opening the first intergovernmental conference, which marks the official start of EU accession negotiations.

The October 2021 progress report noted that the number of applications was decreasing along with the recognition rate. The Commission states that the condition has been met and that they are “monitoring the trend very closely” and “substantial efforts” are still needed.

A sharp increase in asylum numbers suggests that the situation requires more work and monitoring before progress can be declared.

EURACTIV contacted the Commission to ask whether the fact that thousands of Albanians are fleeing the country every month and seeking asylum is a reflection of something not being quite right in Tirana. Furthermore, whether it is acceptable that citizens of an EU candidate country are granted protection and asylum status in other member states. The Commission had nothing to add from a previous statement which did little to address the root of the issue.

This statement talked of “tighter checks at border crossing points, thorough exit interviews, information on the rights and obligations linked to visa-free travel, and close cooperation with member states of destination,” and noted Albania had put in place measures to address the issue.

As for Albania’s EU accession path, Commission President Ursula von Der Leyen said the next intergovernmental conference could be held by the end of the year, however, this seems unlikely due to disquiet among EU member states and the veto from Bulgaria over North Macedonia, which is unlikely to be lifted by then.