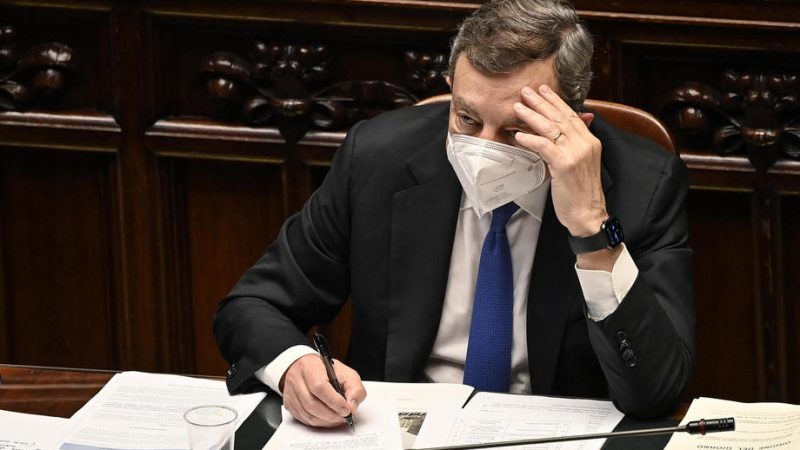 Although initiatives have been introduced to combat corruption and collaboration between institutions is working well, efforts have been "hampered by the excessive timeframe of criminal trials". [EPA-EFE/Riccardo Antimiani]

Freedom of the press, lack of independence of the judiciary and the management of migrants: The European Commission in its second EU-wide rule of law report released on Tuesday stated that during the COVID-19 pandemic, “the risk of corruption in Italy increased significantly”.

While Hungary and Poland remain the ‘black sheep’ of the EU in terms of respect for the rule of law, according to the Commission report, the economic consequences linked to the virus have increased the possibility “of crimes related to corruption, aimed at penetrating more deeply into the economy in Italy.”

Although initiatives have been introduced to combat corruption and collaboration between institutions is working well, efforts have been “hampered by the excessive time frame of criminal trials,” especially on appeal, the report added. So-called ‘backward trials’ count among the “serious challenges” the country must face.

The EU executive also acknowledged that the “Italian judicial system continues to be the subject of a series” of actions “aimed at improving its quality and efficiency, including the legislative proposals for the streamlining of civil and criminal procedures, still under discussion in parliament.”

According to the Commission, such measures are “particularly important to address the serious challenges related to the efficiency of the judicial system” together with digitalisation and the increase of human resources.

It also confirmed the strong perception among citizens that the judiciary lacks independence from politics.

The bill on the reform of the Superior Council of the Judiciary under discussion in parliament was thus judged “positive” by EU Justice Commissioner Didier Reynders, urging it to “take into account the recommendations of the Council of Europe.”

The political independence of the media in Italy remains worrying. On media regulation, the EU executive recalled that “Italy has a solid legislative framework with adequate and effective resources” but that “the planned reform of the laws on defamation remains pending in parliament and the political independence of the Italian media remains a worrying issue, especially in the audiovisual sector.”

There are also problems regarding the management of migrants, but here the Commission did not go into detail as EU legislation on the bloc’s new migration pact has so far lacked political will, too.

Brussels is now waiting for the reforms planned by the Draghi government, as part of the implementation of the Next Generation EU.